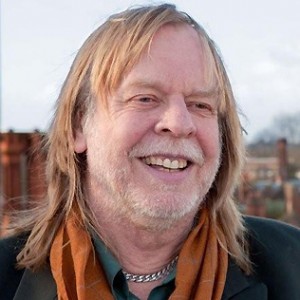 To say that Rick Wakeman is an excellent keyboardist is a grotesque understatement. Throughout his career – and most notably as the keyboardist for Yes during thier “classic” era – Rick’s astoundlingly fast dexterity and fluidity made it seem as if he was channeling higher powers through his nimble fingers.  Often dressed in a long satin cape, Rick dazzled audiences with 70’s-era Yes classics such as “Roundabout”, “Long Distance Runaround”, “I’ve Seen All Good People” and long-form pieces such as the title track from the “Close to the Edge” album.

In addition to Yes, Rick has had an extensive career as a solo artist, often releasing albums that have famous historical figures (“The Six Wives of Henry VIII”) or renowned works of literature (“Journey to the Centre of the Earth”) as their inspiration.

2011 finds Rick on tour with his former Yes-mate, vocalist Jon Anderson, supporting their recent collaboration “The Living Tree”.  We were fortunate to be able to catch up with Rick and discuss the tour with Jon, his feelings about how technology has affected his work and one particular Yes album that brings tears to his eyes.

Dave Picton:  Your recent collaboration with Jon Anderson, “The Living Tree”, is – much to my surprise – simply that: you on keyboards and Jon on vocals.  Was this minimalist approach there from the beginning of the project or, at any time, was a more augmented version contemplated?
Rick Wakeman:  No, that was always the plan.  About six years ago, Jon and I were talking about how there was very little new material around because you have to get together with people and people are very much scattered all over the world these days.  So Jon and I wondered if this magical thing called the Internet is so wonderful, maybe we could send each other music and do something that way.  So Jon said: “Send me some stuff and let’s see what happens.”  So I sent him some music and he came back and said: “I like that bit, or I think I can work on that bit.”  So we just kept flying stuff back and forth.  Then, when we did the first duo acoustic tour together a few years ago, we tried out four of these songs and we were amazed at the really good response we got.  That’s when we knew we were on to something.  We kept sending things back and forth, but we only kept the good stuff, so by the time it came to putting the tracks we wanted on the CD, we were both 100% happy with everything that we’d done.  And I think that shows.  And the response we’ve received from the CD has been just amazing.

DP:  You’ll be joining Jon on a number of tour dates later this year. What can audiences expect to see and hear?
RW:  This, that and a lot of things.  The truth is, Jon and I are very similar people.  We don’t like to stand still, we don’t do what comes easily, and we don’t live in the past.  We also hate managers.  Too many bands today seem to work for the management.  When we bring management in to do things for us, they work for us – not the other way round.  So we’ll do this tour the way we want it to be – new songs, past songs, re-interpretations and interacting with the audience – which, it just so happens, is how we believe the way our fans want it to be.

DP:  Yes’ “Union” tour in the early ‘90s featured many members of the “classic” ‘70s era of Yes – of which you were a part – as well as members of the ‘80s 90125-era band all on one stage. How was that experience on your end?
RW:  Well, it really all began in January of 1980. The band was an absolute shambles at that point, nobody was talking to anybody and everyone was fighting.  The whole thing was just a disaster.  Jon and I’d had enough and so we both left.  But the rest of them carried on.  The Buggles were added and they did the “Drama” album. Then at the end of the ’80s, Anderson Bruford, Wakeman & Howe was formed and now we had a real mess because ABWH was playing all the Yes stuff that we’d written, and what people came to call “Yes West,” which was basically Chris [Squire] and Alan [White] and Trevor [Rabin] and Tony [Kaye] were also doing stuff.  So, the two managements came up with the idea to join forces.  Now, I have to say, for the stage show, was fantastic, but the album was just awful.  I don’t even classify it as a Yes album, the “Union” album.  I always call it “Onion” because every time I hear it, it makes me cry.  It was an absolute pile of junk.

DP:  In your career as a solo artist, you’ve made many albums that have historical figures or classic novels as their inspiration (e.g. “The Six Wives of Henry VIII”, “Journey to the Centre of the Earth” and “Myths & Legends of King Arthur & the Knights of the Round Table” – just to name a few).  Are there any projects like this slated for the future?
RW:  Well, I have plenty in mind.  For instance, I’d like to do a full-scale ballet someday.  I’ve had some stuff used in ballet in the past, but I think a whole, new full-scale ballet would be fantastic.  Ballet’s a really interesting area.  I go to Milan a lot, to the Scala.  I’m friends with the director there and also in Florence.  Both are continually getting more adventurous with their music.  So I think there is an opportunity to bring progressive rock music to a new audience.  The trouble is, I know what it would cost to do something big and dramatic and these days, no one wants to back anything.  And frankly, a ballet soundtrack probably wouldn’t be much of a winner in the market today.  But, you never know.

DP:  The 5-CD set “Caped Crusader Collectors Club: Bootleg Box – Volume 1″ was recently made available here for sale in the States.  What was the inspiration to release these recordings and how much material do you plan on releasing in the future?
RW:  We just wanted to come out with a nice collection of back-to-basics live performances.  Obviously, something recorded live sounds different from something recorded in the studio, so we wanted to put something out there that was the other side of the coin, so to speak.  As for the future, who knows?  I like to think that the best parts of the past and the best parts of the present will add up to a very positive future.  If that holds true, then lots of good stuff should be on the way.

DP: Which artists’ music do you currently find appealing and perhaps even inspirational?
RW:  That’s a bit difficult to answer at the moment, other than the obvious choices.  But going into the past a little bit, I can tell you that David Bowie is far and away the cleverest man I’ve ever worked with.  He was just so far ahead of the game.  He wasn’t into listening to managers and record company executives because they weren’t musicians, so they didn’t really know what it was like.  And that was a wonderful attitude.  He was also always incredibly prepared in the studio.  He never wrote in the studio.  He was always what he called “75 percent prepared.”  He’d get the piece that far, and then go to the studio and take it that extra 25 percent.  He respected the studio, and I think that’s the one thing he taught me more than anything else: respect the studio.  It’s not a plaything.  He was an absolute pleasure to work with him.  Amazing character.  Amazing man.

DP:  In a few short decades keyboard technology has gone from fully acoustic and mechanical to fully computerized and you’ve been at the front line of that wave for your whole career.  How have these changes affected your work?
RW:  I don’t consider myself a technician.  Don’t get me wrong.  I like all the technical things I use.  But as far as the engineering side, I’m lucky to have a friend, Larry Jordan, who is a very talented guy.  Electronics, recording, whatever – he knows it all.  When some new technology comes along, he’ll come to the studio and tell me: “We can do this now.”  And it always something that sounds fantastic.  And then he’ll ask: “Do you want to know how it works?”  And I always say, “No.”  You can fall into the trap of making use of something just because it’s there and available and not because it necessarily adds to what you are trying to do. So I don’t need to know the technical things. If we’ve got it, maybe I’ll use it or maybe not.  But, at the end of the day, I just want to play.