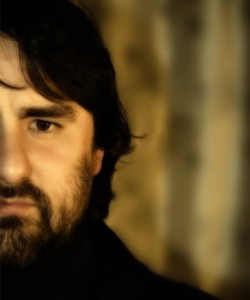 Lance Warlock is part of the composing duo of Lance and Bradford Music.  Lance is also the son of Dick Warlock, well known stuntman and Michael Myers from “Halloween II”.  Media Mikes had a chance to chat with Lance about his film work on ‘Halloween II” with his dad as well has his upcoming scores like “ChromeSkull: Laid to Rest 2”.

MG: How did you meet up with Leon Bradford to form Lance and Bradford Music?
LW: We have known each other for years. We used to play in different bands. I was drums; he was keyboards. Then he opened up his own recording studio and used to hire me to do all the drum tracks for various artists. He is a fantastic musician and has a great ear for details.

MG: What is your approach when you start composing a film?
LW: We have had different approaches depending on the project. Sometimes it depends on what the director/producer is looking for from us. For example, they might say,”Do whatever you feel.” Sometimes there are more restrictions to a certain style. Our main goal is to come up with a basic concept in tones, style and textures. It’s common for us to score a scene and pass it off to the powers to be and wait for thoughts. That way we don’t get too far ahead without knowing we are on the right track.

MG: How much freedom do you have with a director when working on a score?
LW: We have found so far that there is plenty. They are always positive in indicating that we are the musicians and this is what we do. Again it depends from project to project, but our goal at the end of a film is to have the director/producer very pleased with everything we have done, and hopefully we will get the call for their next project!

MG: Were you always planning on having a walk-on role in “Halloween II” or did it just happen?
LW: I flat out got lucky! I was with my dad that summer of 1981 and they called him in for 3 additional days of re-shooting that John Carpenter was coming in to direct. I always remembered it was to tie up some loose ends with the story. The night of the boombox scene, John did not have anyone in mind for the part. My dad and I were in the trailer practicing the scene for fun when John came in. Dad asked him who was going to be the kid and he said he had no idea. Dad asked what about Lance and John said great! I was a happy camper! All I know is in the end I didn’t end up on the cutting room floor.
I made it even to the TV version. Makes me laugh every year I happen to see it.

MG: Growing up were you able to visit the film sets that your father, Dick Warlock, worked on? If so what was the coolest?
LW: I remember as a very young kid being on many sets. At that time it was mostly Disney films when my dad was doubling a very young Kurt Russell. I remember him dressed up doubling a tiger. I remember him driving Herbie the Love Bug when nobody was in the car. I remember hanging out with Bear from BJ and the Bear while dad was driving a car around a race track. But I would have to think one of the coolest things was going to the tank where they filmed his cage scene from Jaws. Bruce (the shark)was hanging outside of the tank on a lift bigger than all get out. I was able to take a tooth of his for a souvenir. I still have it.

MG: Your father has been a stunt man since the 60’s, 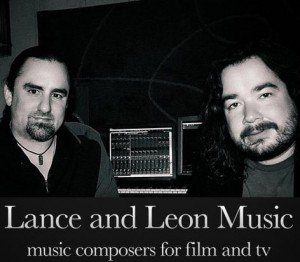 you did stunts in “Halloween III” & “Fletch”, what happened after that?
LW: I think I just had a bigger passion for music. Music had always been a big part in my life but as I got older, it got bigger. I still love visiting movie sets and the environment that they have, but were never sure what I wanted to do in films. Except write music!

MG: Any fun/crazy stories from working on the “Halloween” films?
LW: The one thing I would say was the most obvious was everybody working on those sets loved what they did. All the crew members were awesome! They were professional and had fun at the same time. There are some people from those films that have gone on to work on some pretty big films. It is pretty cool to have had the chance to work with John Carpenter.

MG: How was it working with Dante Tomaselli’s on the film “The Ocean”?
LW: Dante is great. He contacted me and asked if I would be interested in writing some music for The Ocean. So I did. Not only does he compose music for his films, but he has a few guys write additional music as well. I was lucky enough to be one of those guys. The bummer is he never ended up making the film. Seems weird to some that he had the music written first, but I remember he said he likes to work that way. Maybe sometime in the future it will happen. It would be great to work with him again!

MG: Tell us about composing the film “ChromeSkull: Laid to Rest 2”?
LW: I remember the first time I saw the film. I text the director Robert Hall and told him that he was one twisted guy! He wrote back and said thanks! We knew we were in for it from then on. Robert really knew what he wanted as much as he knew what he didn’t want. That made that part of it easy. We really worked our asses off to get it just right. The experience was a total blast. Robert was great to work with and we hope to work on more with him.

MG: Was it difficult working on “Monsterpiece Theatre Volume 1” since it has different segments?
LW: I didn’t think so because each segment could stand on its own. Each segment has its own feel and tone to it, so in a way it was easier to think differently for each one. Those were all fun because again, it was like 4 different short films, so before you knew it, you were done and could move on to the next one.

MG: What other projects do you have planned upcoming?
LW: There are a few things in the works as of now. We try to stay as busy as possible. We really want to create great music and long lasting relationships with the people we work for so we can stay busy for a long time to come! We have just finished updating our website to include new trailers and some of our latest music tracks: www.lanceandleonmusic.com. We are not always looking for the biggest projects, but they have to have substance and passion behind them. To anyone interested, contact us any time regarding your project if you feel we may be a good fit.