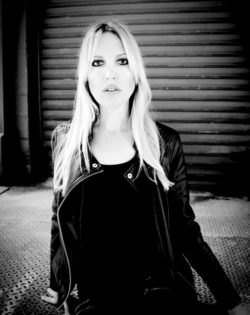 Jane Antonia Cornish is a composer who recently re-scored the upcoming film “Fireflies in the Garden”. The score was originally done by the Oscar nominated Javier Navarrete (“Pan’s Labyrinth”). Media Mikes had a chance to chat with Jane about re-scoring the film and what we can expect next.

Mike Gencarelli: What was you approach to re-scoring “Fireflies in the Garden”?
Jane Antonia Cornish: I was just contacted this summer. It has been a good four years since the film came out at the Berlin Film Festival. Since that time the film was re-edited and essentially became a brand new film. It’s very different which is why I was asked to score it. I came on to give it a new sound.

MG: What was your inspiration for re-scoring the sound?
JAC: After seeing the new cut I sat down with the film’s director Dennis Lee. He went through and told me where he wanted the music to come in and go out. He was great because he gave me free reign to write in my style. I was very inspired by what I saw. The film is beautiful and the cast is great. The musical ideas really flowed.

MG: What was your biggest challenge working on the film?
JAC: Everything went really smoothly. I got the film in July and delivered it in August. Working with Dennis was fantastic. We were on the same page from the start. It was a really great project.

MG: Was there a specific style of music that you tried to use in the film?
JAC: Yes. I would say it’s a classical score. I wrote it for piano trio, solo obo and chamber orchestra. It has some minimalist elements. It very much in the style I write in when I create orchestra music. 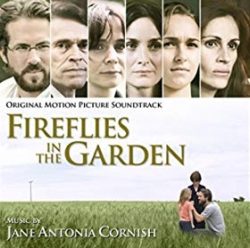 MG: Do you enjoy having freedom when you are scoring or do you prefer direction?
JAC: I do like to get direction from the director as it is their film. I like to make sure what I compose is in the directors vision. I do however like freedom. I enjoy being able to write in my style. On this latest film I didn’t even hear the previous score. I was presented with an entirely different cut all together.

MG: Can you give us some background on your upcoming film “Highland Park”?
JAC: The film stars Parker Posey and Danny Glover. It’s set in Detroit and centers around a group of people hit hard by the economy. The group bands together and starts buying lottery tickets and you can imagine what happens next. The film has a lot of heart.  I really enjoyed working on the score.