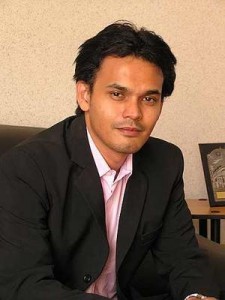 Mike Gencarelli: What was the most challenging aspect for you on “Vikingdom”?
Yusry Kru: Obviously, when we made the decision to film everything in Malaysia, I knew it was going to take massive planning to get it right. I remember, 20th Century Fox coming over to film in Malaysia for ‘Anna and the King’. This is the equivalent of them filming that whole movie in California (but with less money, of course). So, you could say that pre-production was the most challenging. I broke down the script to every single location, person and prop, and made a list, down to the spoon on the dinner table. From there, I called in a few illustrators and had them draw every single thing/person on that list. By the end of it, we probably had hundreds of illustrations before we even started with pre-production. We then scouted for locations in Malaysia that we could possibly use, that actually matched the illustrations. If there were none, we would then know these had to be built. It is the same process for every little detail on the pre-viz. Overcoming it was really by doing a thing at a time, without letting the whole production overwhelm you. Having said this, the filming was no walk in the park either… But if you’re asking about the most challenging aspect, that would definitely be the pre-pro. It was really extensive. 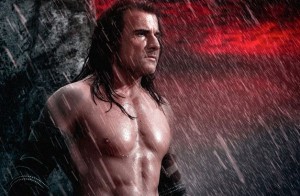 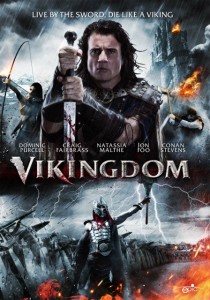 Holy shit! What a ride! Vikingdom” is by no mean “The Lord of the Rings” and it doesn’t try to be either. It is low-budget feature, sometimes a little cheesy but it is also brutal as all hell, fast paced and a really fun time. Did I mention it is gory as hell, definitely for the squeamish here. The visual effects are quite impressive for the budget and stand up very well. “Vikingdom” is one of these films that you can just kick back relax, let yourself go and enjoy! Hope Epic Pictures is planning a franchise for this since I have my fingers crossed tightly!

“Vikingdom” is a fantasy, action adventure loosely based on the tales of Viking mythology.  It stars Dominic Purcell as Eirick, a man who’s story begins when he dies and comes back to life. He sets out on a journey to battle for his life ranging from hell and beyond in order to retrieve the mystical artifact, Odin’s Horn. He is told that this artifact is the only way to defeat Thor, the God of Thunder, and prevent The Blood Eclipse. Only Eirick can unleash its powers and stop Thor from conquering the world.

Dominic Purcell is one busy man and had five films released just in 2013 alone. He is known for his role in the TV series “Prison Break” and also with Uwe Boll with “Suddenly” and “In the Name of the King III”. He really nails this role and and even rocks that long hair quite well. Conan Stevens, who played Thor in this film is also know for is motion capture work playing Bolg in “The Hobbit: An Unexpected Journey”. Jon Foo, known for his role in “Tekken”, rocked some awesome martial arts. Why aren’t we seeing more of this guy?!

Natassia Malthe is also known like Purcell for her work with Uwe Boll in the “BloodRayne” series. She is awesome as always and quite bad-ass. She also worked with Purcell in Boll’s “Assault on Wall Street”, another great film. My main complaint is that they censored the sex and nudity scenes. If you have seen her in “Bloodrayne: The Third Reich” you will know what I mean. The film is already unrated and bloody as hell, so why cut away?

This film was initially shot for release in 3D and I am really disappointed that we are not able to get a chance to experience it in that format. I think it would have been really awesome, especially with the battle scenes with obviously catered to that dimension. The film also would have benefited from a Blu-ray release to really take advantage of the film’s very impressive visual layer. Hopefully, the DVD will catch on and give the studio a reason to consider releasing it this way.

In terms of special features, there is some decent extras included here. First we get “Making of ‘Vikingdom'”, which consists of a featurette with interviews with cast/crew. It runs a meaty 25 minutes and really shows a decent look behind-the-scenes with this film. There is also a music video included from Mojo with the song “Dark Clouds”, which also plays over the film’s end credits. It is epic like the film and screams 80’s hair metal. Lastly there is a theatrical trailer included, as well as a teaser and TV spot.