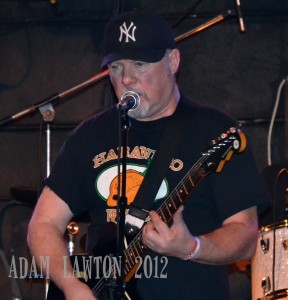 The Toasters 30th Anniversary tour made a stop in the eclectic college town of Ithaca, NY on Feb. 24th where they performed to a diverse crowd sprinkled with punks and old school rude boys. The first group to take the stage was The Rudie Crew who like The Toasters hail from New York, New York. The group performed a 40 minute set playing what could be described as Rasta infused ska music. The group provided an upbeat performance which got the crowd instantly off their checker clad feel. Home town favorites The XSKAVATORS would take the stage next performing their own unique version of early traditional ska.

The Toasters would close out the night providing me with some great flash back moments from the first time I saw the band some 13 years ago. Lead vocalist and guitarist Robert “Bucket” Hingley and his band belted out such classic hits as “2 Tone Army, “Dub 56” and “Weekend in LA”. As the crowd continued to skank their way through the evening the band closed out the night with their classic anthem “Don’t Let the Bastards Grind You Down”. Though the band now features a stripped down 5 piece line up The Toasters still provided their signature big band sound. The only negative from the night came in the way of time. The first group did not take the stage until 10:30pm which was an hour and a half after their scheduled time. After two stage changes and 3 full sets of music the show finally wrapped up at around 2 am making for a very long night.