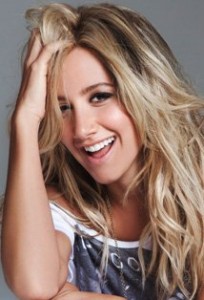 Ashley Tisdale us playing the role of Emma Jean on FX’s “Sons of Anarchy”, who is a high-earning escort at Diosa International. She is known best for her roles for Disney like “The Suite Life of Zack and Cody” and the “High School Musical” film series. Ashley also has a role in next year’s “Scary Movie 5”. Media Mikes had a chance to chat with Ashley about her role in “SOA” and what we can expect.

Adam Lawton: Could you tell me what fans can expect to see from Emma Jean?
Ashely Tisdale: With Emma Jean, first of all, I love Sons of Anarchy. I was so excited to be able to be on this show just because I personally watch it, and I felt like…of course I come from Disney and I have a lot of young fans, but I do have fans who have grown with me as well. I’m now twenty-seven, and I was just really excited to do something different for a change. I always want to grow as an actress and this was definitely out of my comfort zone, but I thought that was super exciting just to do something that I haven’t done, and to have people see me in a different light, and I had a great time doing it. With Emma Jean, she is a high-priced escort, but she just gets into the club and they blame a couple of things on her. She’s kind of in trouble, but she’s the high-priced escort for what she looks like. She’s definitely the young kind of high school looking girl. There’s nothing too crazy, though.

AL: What type of steps if any did you take to prepare for the physicality of it and just the overall mental portion of that role?
AT: I feel like it’s so funny because before Disney, I did tons of stuff; I did network shows, I had done Donnie Darko. I had done a bunch of stuff before I even came to Disney, and it’s so funny because while you’re doing something that I’m so grateful for what Disney gave me and the experiences that I got, at the end of the day, I can do so much more than what I did on that channel and what I did in those movies. It takes just one person to give you that chance, and for me it was better to give me the chance to know that I can do something different and when he asked me to do the show, I was just so excited. For me, I think this is the transition in my life for me as an actress. I always joke around that Sons of Anarchy took my acting virginity because I definitely have a scene in that show, but I’m doing a movie right now, “Scary Movie 5” where I’m doing a lot of stuff that’s completely out of my comfort zone, and I think that’s the key. I used to be where I wanted to make sure every step was thought out. With every project I did, I had to make sure I’m comfortable, but I think about when you’re growing, even as a person, you have to just do it and get out there and that’s the only way to grow, is to challenge yourself.

AL: Can you give us a little bit of a background on the fight preparation between you and Katey Sagal? Did they have you go through a lot of classes or training to do that scene? Granted, it wasn’t a long scene, but it was a pretty physical scene?
AT: No, they pretty much just threw us in there. We had a set choreographer, obviously, and they just went over exactly what we were going to do, and I have done that in the past obviously with … so it wasn’t to scary but I was really freaked out. I was like, oh my God, is she really going to hit me? But no, she’s the nicest person in the entire world and so it was just really funny; we had a great time doing it.

AL: Do you know how much the character was already laid out when they brought it to you and did you get to provide any of your own input with that role?
AT: Yes, Kurt had it, pretty much; it was like the episode was written so he had told me he had thought about me just because they wanted her look to be very, like she’s this young kind of Disneyesque girl like the young girl that you wouldn’t expect to be a high-priced escort, and he had thought of me. I kind of just went in there, and he met with me actually right before I started shooting just to talk about it and pretty much it was really straightforward… I think in every character, I just kind of bring something to the character that I could make my own, and I just felt like how I usually relate to a character is what I bring to it. I just felt like using the youngness to the advantage and kind of the flirtatious thing, and it was definitely different from anything that I’ve ever done and I was very nervous, but Kurt and everybody were just so cool about it.

AL: What could you tell us about Emma Jean’s relationship to Jax?
AT: Jax really comes through for her, but I think she still questions who—she’s just there to do her job. She’s just there. She’s a worker. She’s an earner, so she’s there just to do her job and get out of there. Because of what happened in the last episode, she’s now being obviously; we don’t know if what has happened with the club and who told on the club, and so she is definitely a candidate for obviously being one of the people who might have. I think with Jax, she still questions; she doesn’t trust everybody. However, he kind of comes through in a way for her.

AL: What was the most memorable part of working on the show?
AT: The most memorable part about working on the show? Every single moment I was there, I was just so excited to just be with a cast that they are extremely talented, extremely grounded, and so nice. I just learned so much from being around them with Ron Perlman, Katey Sagal, and Charlie Hunnam. They are also really a tight-knit group, which is so great just to see that they actually are like the boys; all the guys. I think they had gone camping that weekend, and I just thought that was so cool. I had the best time on the show. It was such a great experience.

AL: Can we expect more gritty, hardcore, so to speak, roles like the Sons of Anarchy maybe to come throughout your career?
AT: Yes, I definitely think that there is a part of me that, I did a pilot this year, but it didn’t go for CBS and there was a character that I played, and she was kind of this raunchy, edgy character, and I just loved showing that other side of me. I felt like Sons of Anarchy, I got to do that with and also with Scary Movie 5, I get to play kind of all the characters that I’ve created in the past and also to do new things with that. It is definitely where I’m headed. I like to do things that I think people don’t expect right now, and I want to keep obviously challenging myself, like I said.

AL: You mentioned being such a fan of the show and now being part of the show, what do you feel, in your opinion, is why the show resonates so well with viewers?
AT: I just think Kurt is just such a great writer, and I’ve watched the show and I just cannot turn it off half the time. I remember getting into it a couple of years ago. I actually had downloaded it on Apple TV, and then I had to download the rest of the season. I would just sit there and watch each episode, but I feel like the actors, like I said; they are so close-knit, and they are actually really these guys that actually hang out with each other, and I’ve always felt that when you have such a great cast like that it kind of reminds me of when I did High School Musical. We all hung out together, and we all are really good friends, and I think that definitely resonates, and you see that in the show. You see this biker gang, but you see that they are brothers pretty much and it really comes through.