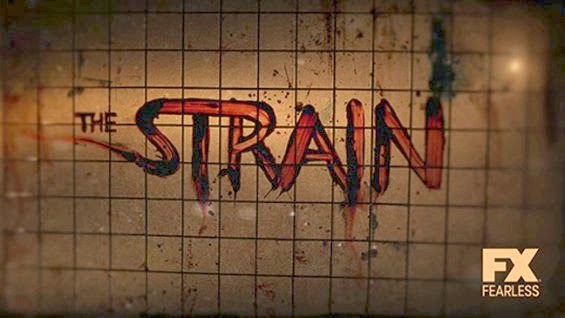 Here is a teaser video for FX’s highly anticipated new series, “THE STRAIN”, which premieres July 2014 only on FX. The series is based on the book of the same name by Guillermo del Toro and Chuck Hogan. 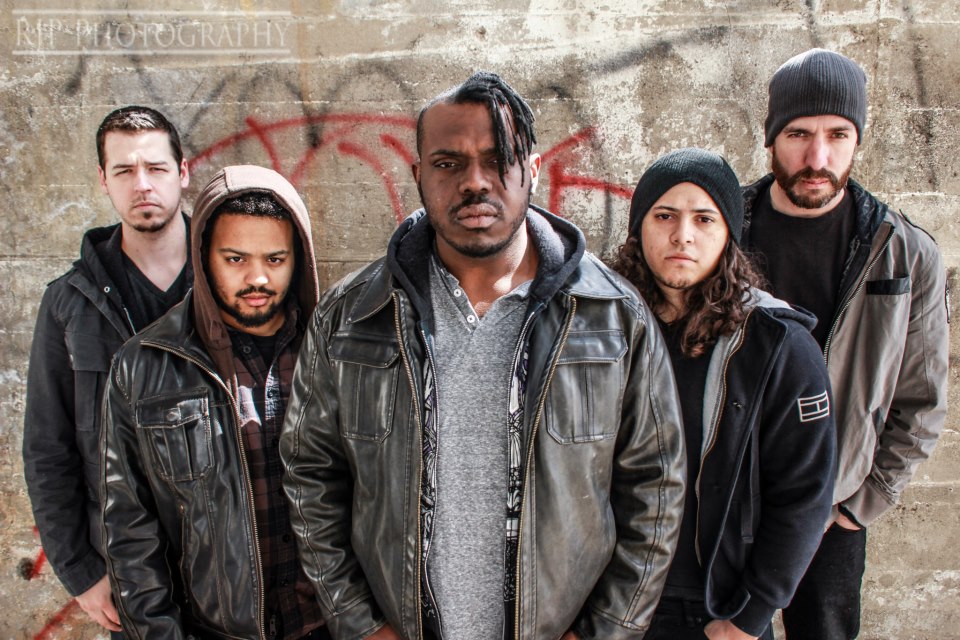 If you are not having fun, the crowd isn’t having fun—this sums up the philosophy of Beyond Dishonor. Comprised of five members with very disparate influences, styles and quirks, this stalwart of the resurgent New Jersey Metal scene combines all of those myriad differences between them and, somehow, creates music that is brutal and aggressive enough for the most hardcore of fans and yet groovy enough to be accessible to those on the fringe.The music is wrapped around the lyrics of singer Reese Dunlap, who’s literary, filmographic and intellectual obsessiveness pervades each song with hidden meanings, double entendre’, and tongue-in-cheek jabs. It is their sense of humor, their unabashed desire to be serious without appearing pretentious and a high level of stage experience that has helped shape this 5 piece. Currently they are recording their upcoming 2013 release “Generations” with Andreas Magnusson at Planet Red Studios (Oh Sleeper, Impending Doom, A Life Once Lost, Black Dahlia Murder, This or the Apocalypse). 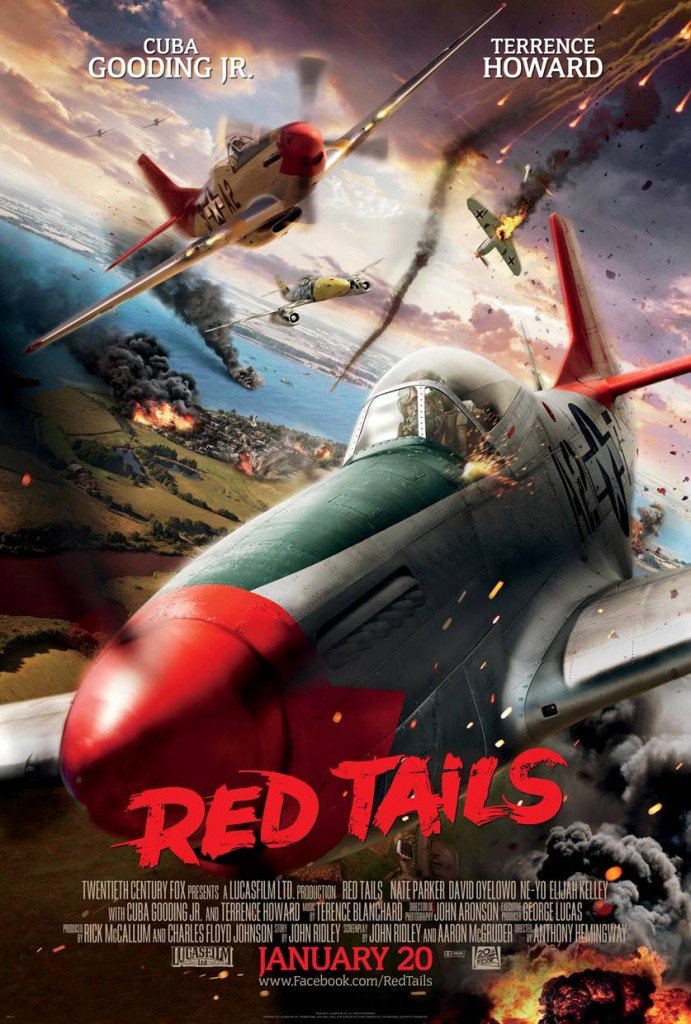 Premise:
1944. As the war in Europe continues to take its toll on Allied forces, the Pentagon brass has no recourse but to consider unorthodox options — including the untried and untested African-American pilots of the experimental Tuskegee training program. Just as the young Tuskegee men are on the brink of being shut down and shipped back home, they are given the ultimate chance to show their courage. Against all the odds, with something to prove and everything to lose, these intrepid young airmen take to the skies to fight for their country — and the fate of the free world.

Bannister is known for his four barrel shotgun and his Hemi Cuda from the Phantasm series in which he starred alongside A. Michael Baldwin, Bill Thornbury and Angus Scrimm. Reggie is a talented musician and has released two albums, he has a track in “Phantasm IV: Oblivion”

I was able to get a chance to ask Reggie a few questions about his career, what he is up to now and what’s happening in the future:

Mike Gencarelli: I know you have released two albums, “Fool’s Paradise” & “The Naked Truth”. Have you always been involved with music?

Reggie Bannister: From the time I could talk intelligently, about 3yrs old I think, if asked what I wanted to be when I grew up I would say, “I wanna’ be a singer, an actor and a politician.” I sang and practiced an instrument first (actually it was a trumpet since my brother also played) and then I was in my Thanksgiving school play at about 8yrs old in the fourth grade I think. I sang in school choruses, choirs and special groups like barbershop, gospel choruses, Madrigals etc. from middle school through Jr. College. At the same time I worked in community theater and high school and college theater arts programs. I was really fortunate to have grown up at a time when those excellent programs existed in the public school system with instructors that were or had been professional entertainers free for nothin’. Folk music came along in the early ’60s and I picked up guitar and played in coffee houses in the SoCal scene…what a great time for music. I started off solo and then got together with a friend of my dads’ son by the name of Tom Robbins (actor Tim Robbins uncle) If you’re really interested in musical history Tom’s brother was Gill Robbins, founding member of the “Highwaymen” who already had a big hit with a folk tune called “Them Cotton Fields Back Home.” Tom and I put a trio together that we called the “Port Town Three” since we were all from Long Beach Ca. third largest port in the world. Oh yeah, in between my solo gigs and my thing with Tom I tried out for and became a founding member of the “Young Americans” and was very shortly working with Bing Crosby on one of his network specials. That was the first of numerous appearances on local and network TV as Tom and I became members of a group called “The Greenwood County Singers.” We toured all over the country and appeared on a Red Skeleton special, we appeared on “The Hollywood Palace” hosted by George Burns…we played local TV stuff with Stevie Wonder and did the network show “Hullaballoo” with the “Rolling Stones” and “Sonny And Cher.” The ‘Greewoods” made four albums with a single in the Billboard top ten or twenty with each album.

Reggie Bannister: There was a guy named Terry Svejda who lived in Plano Illinois who was eager to record me and convinced me to go to Chicago Land and record the album. When I showed up in Chicago in ’95, I had no band and no studio but the first place Terry took me to was a joint called “Riley’s Rock House” in Aurora. It was an open mic night and as I was sipping my gin and tonic I watched a rock trio take the stage minus a singer just instrumental stuff…they blew me away! When they finished their set I went backstage and hired ’em. We had to wait several weeks for Doug Agee (Alpha Sound) to finish putting his studio together in Geneva which gave me time to write some more tunes and rehearse with the band, Doug Hakes (guitar), Joseph Corzine (bass) and Jeff Kissel (drums). We got the album out in early ’96 and I wanted to take the band out on tour but the guys didn’t trust the guy who wanted to book us so I just came back to Ca. and resumed life in film.

The “Reggie Bannister Band” came about because of a phone call from a guy named Mike Scarfo, a great drummer and club owner in Pittsburgh (the Smiling Moose), who asked me to come out and play some music in his club…sounded like fun so I went. I met Paul Miser when I got there, one of the greatest bassists I’ve ever played with and so I hung out, then I went back and we recorded the nine tracks for the album “Naked Truth.”

Mike Gencarelli: Is there a possibility of a tour for “The Reggie Bannister Band”, perhaps on the East Coast? and future albums?

Reggie Bannister: No tour per se but we always offer up the band for my convention appearances around the country so we’ve performed quite a bit over the last couple years.

MG: The question you’ve probably heard a hundred times, how do you feel about coming back for another Phantasm film and what do you think the chances are that it will ever happen?

RB: Feelin’ good about it…keep fingers and everything else you’ve got doubles of crossed, eyes, tits, balls (‘specially balls), etc…..

MG: I read that there was a table reading for a sequel to Phantasm done a while ago with added special effects, do you think that will ever be released in any form?

RB: We did that! It was a lot-o-fun! Got together with everybody and just had a great night of it. It was really kind of just for fun but ‘ya know it’ll find light eventually.

MG: What is your feeling about Hollywood remaking every movie under the sun? If Phantasm was every remade, would you be behind it?

RB: Well, I never understood the remake of “Psycho” for instance. It’s like the master has spoken…isn’t it kind of rude not to sit in awe after that utterance? Guess somebody felt they waited long enough or…maybe it was the just money? Whatever, I can’t think of a remake I liked better than the original picture though I’ve seen some decent ones. I don’t think “Phantasm,” the original story, should ever be remade but I do think that variations on the theme will always be appropriate.

MG: If you had to choose any actor that you would want to work with, who would it be?

MG: I know you did some assistant directing work on your some of your latest films, such as “The Quiet Ones”, “Carnies” & “Sigma Die!”, Do you ever see yourself taking the director helm?

RB: Directing is a total life commitment. You’d better be willing to give a project 100% of your time for the next 2 to 4 years of your life. I’ve actually known some people who’ve given more time than that to get their project completed…so, yeah, if something comes along that means that much to me I’ll absolutely do it.

MG: Your wife, Gigi Fast Elk Bannister, works with make-up & special effects on many films, have you ever helped her with that work?

RB: Yeah, there have actually been several times I’ve helped out. Gigi’s SFX are awesome and it’s really fun for me to help her put that stuff together. There have been times when a director would shoot my character out and for the rest of the shoot I’d be Gigi’s SFX assistant. Than again since I’ve had a lot of experience with stunt work, I’ve been able to direct the stunts that usually accompanie the SFX gags. She’s got some incredible tricks up her sleeve and it’s always terrific to see the end results.

MG: Do you enjoy doing conventions and getting the chance to meet your fans? What is the strangest fan experience you’ve had?

RB: Conventions are a lot like family reunions. People wouldn’t be talking to you if they didn’t feel like they already know you. We all have the films and music in common. If there’s a strange fan it’s really like dealing with your uncle Ted or cousin Billy. They may be odd but you love ’em anyway. No one has ever gotten really out of control with me…probably afraid I’d kick their ass.

MG: Do you have any exciting new projects that you are working on in the near future that you would like to discuss?

RB: Yeah, but there’s some stuff I can’t really talk about. There are some pictures coming out this year that I think are worthy of attention. One is called “Walking Distance” directed by Mel House, the cast includes Adrienne King and Glenn Mourshower. There’s one called “Satan Hates You” with Angus Scrimm, Larry Fessendon and Debbie Rochon. There’s a picture that we worked very closely with production wise called “Small Town Saturday Night.” Directed by Ryan Craig with one of the most incredible casts I’ve ever had the the pleasure of working with. It stars Chris Pine, his father Robert Pine is in it…Lynn Shey, John Hawkes, Muse Watson…go to the site it’ll blow your mind.