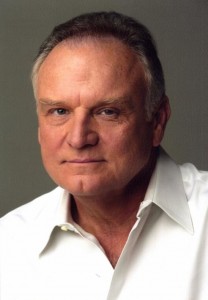 Bill Smitrovich is best known for his role as Drew Thacher opposite Patti Lapone, Kellie Martin and Chris Burke in the acclaimed television series “Life Goes On.” He also has one of the most recognizable faces on television or the big screen. Roles in “Miami Vice” and “Crime Story” led to work in such films as “Independence Day,” “Air Force One” and “13 Days.” Recently he’s appeared on “The Event,” “CSI: New York” and has just begun a recurring role on “The Last Ship.” He also co-starred in “Ted” and will begin shooting the sequel shortly.

His most recent film is “The November Man,” opposite Pierce Brosnan. We spoke on the phone in conjunction with the film and I found him to be a kind, soft-spoken subject. When we said our goodbyes he asked me to be sure I included his fellow co-stars when I mentioned “Life Goes On.” A true gentleman.

Mike Smith: Can you give us an introduction to your character in “The November Man?”
Bill Smitrovich: He’s a high-level CIA agent who once worked with Peter Devereaux (Brosnan). Devereaux is now in seclusion…in retirement, and I go in and pull him out to help us with an operation that his ex-wife is involved with. And the fun ensues (laughs). He needs to get a name from his ex-wife to complete his investigation but he runs into a lot of things in-between that cause problems.

MS: The film has a great cast and a first class director (Roger Donaldson). Was that what drew you to the project or was there something else?
BS: Absolutely! A lot of things drew me to the project. The role. The script. And particularly Roger, who I had done “13 Days” with. I was delighted to be able to work with him again. He’s such a great director. And the script, which kept getting better, especially afterRoger took a pass through it. And, of course, working with the great Pierce Brosnan. I loved it! We found out that we had so much in common and we’ve remained good friends. We even have our birthday in common (May 16th). Which was also the day I started filming, which is kind of strange. It’s almost divine because this particular filming experience was one of the best I’ve ever been involved with.

MS: Working with Brosnan, did you ever feel like you were double-oh eight (008)? I mean, you were trading shots with James Bond.
BS: I was shaken, but not stirred (laughs). You know, wherever you go with Pierce…all over the world…it’s the same reaction. People just love him. He’s a terrific guy to hang out with, and he’s a terrific actor. Besides Bond he’s done some terrific work on screen. And he’s also a wonderful painter, which I’ll bet you didn’t know.

MS: I was not aware of that! It’s been 20 years since “Life Goes On” left the air. Do you still hear from fans of the show?
BS: Oh yes, from time to time. Thanks to Facebook and social media, you really can’t get away from that. Not that I want to. I run into fans all of the time. Recently I was at Frank Lloyd Wright’s “Falling Water” in Pennsylvania. When we got done with the tour this really nice man came up to me. He was probably in his 50s and he was with his wife. He said, “I didn’t want to bother you during the tour but I just wanted to say that we’ve been fans of yours since “Life Goes On.” It really meant a lot to our family and I hope I’m not bothering you.” I always tell “Life Goes On” fans that they are among the very best fans. They are usually very humble. Very polite. Super compassionate and sincere people. I tell them that they are very nice people. And that they have very good taste! (laughs). “Life Goes On” was a very, very satisfying experience for me in many ways. I would get fan mail from siblings of children with Downs Syndrome. It was very special. The show was groundbreaking and I’m so proud to be a part of that. It’s something I’ll always cherish in my career.

MS: Since it’s been 20 years, do you know of any plans for a reunion film or special?
BS: I don’t think so. I don’t think that’s going to happen, unfortunately. It would have been nice. But with everything, there are often too many obstacles to put it all together. I would have loved to have done it. At one point I thought it would be fun to have a little movie with just Chris and I playing private detectives? We’re both out of work so we come upon the idea of becoming investigators undercover. It would have been funny. Because we would just hire people with handicaps. People that are blind have increased hearing. People in wheelchairs. They would blend in and no one would suspect them of being detectives.

“The November Man,” What else do you have coming up?
BS: I start filming “Ted 2” in September. I’m really excited about that. And “The Last Ship” on TNT. My character just appeared last Sunday and I hope to be on it next season when it gets picked up. The finale’ is coming up. It’s a great one. I’m liking it and people are liking it. I’m glad it’s finding an audience. We have things to do. We’re going to save the world.