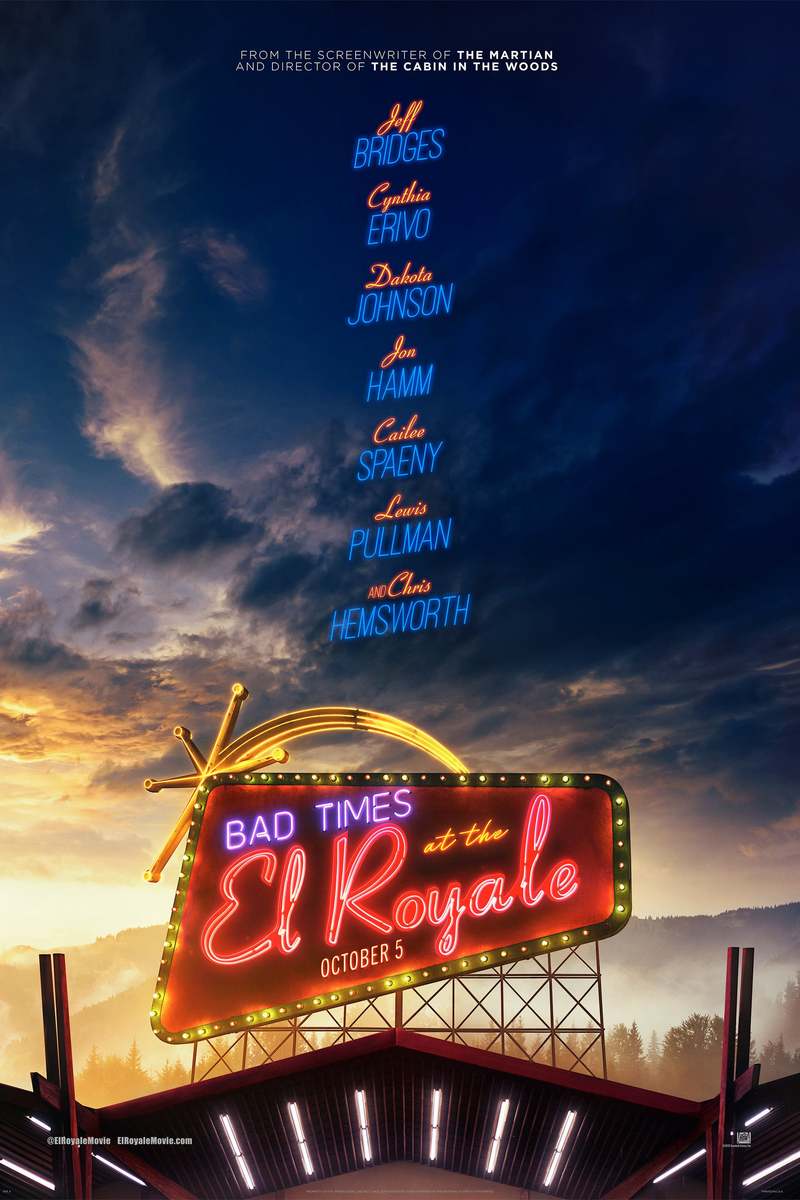 Media Mikes has teamed up with their friends at 20th Century Fox to give (50) readers and their guest a chance to be among the first to attend the Kansas City screening of the new film “Bad Times at the El Royale.”

The film, starring Jeff Bridges,  Jon Hamm and Chris Hemsworth, will screen on Monday, October 1st at the AMC Studio 28 Theatre in Olathe, Kansas.  The screening begins at 7:00 p.m.

All you have to do to attend is click HERE.  The first (50) readers to do so will receive a pass for (2) to attend the screening.  This is a first come/first serve giveaway.  Once all (50) passes have been claimed the giveaway has ended.  Good luck! 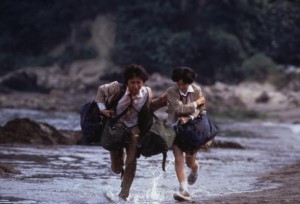 The complete collection consists of four discs within fantastic case/box. The box comes with great photos from the films through the case. The first disc is the director’s cut of “Battle Royale”. The second disc is the theatrical cut of “Battle Royale”. The third disc is the sequel “Battle Royale II: Requiem”, less superior that the first but still very enjoyable. The fourth and final disc is jam packed with bonus content. The video resolution looks great with its 1080p transfer, with its original aspect ratio: 1.85:1. The audio is also fantastic specifically with its Japanese track boasting a very impressive Dolby TrueHD 7.1. The English dubbed track only included a Dolby TrueHD 5.1 track.

Kinji Fukasaku’s violet yet poetic “Battle Royale” follow a group of Junior High students forced by the government to hunt and kill their classmates for sport. Sounds similar to “The Hunger Games” huh? When they are flown to a remote island, the rules are laid out for the game. Each student is put in a group with another student, given a weapon and set against their fellow classmates. Only one group will be allowed to leave the island alive. Of course what separates this from “The Hunger Games” is that one your team member is killed the device around the team members neck will explode in a few seconds.

“Battle Royale II: Requiem” follows right about the events of the first film. The survivors of previous Battles Royale, led by Shuya Nanahara have formed a rebel group called the “Wild Seven”. A class of teenagers are kidnapped by the Japanese government again. Instead of being forced to kill each other, like the first film, the students are sent off to war and ordered to attack and kill terrorist group and its leader.

The special features on this release are so fantastic and include more than 3 hours of extras. The main issue with these is that they are only presented on DVD, it would have been great to see these presented on Blu-ray and in high definition. The extras includes the following: The Making of Battle Royale, TV Spot: Tarantino Version, Basketball Scene Rehearsals, Tokyo International Film Festival 2000, Special Edition TV Spot, Original Theatrical Trailer, Battle Royale Documentary, Special Effects Comparison Featurette, Filming On-Set, Behind-The-Scenes Featurette, Audition & Rehearsal Footage, Instructional Video: Birthday Version, Battle Royale Press Conference. If you previously purchased the Special Edition International versions, then this is nothing new here just with subtitles now.