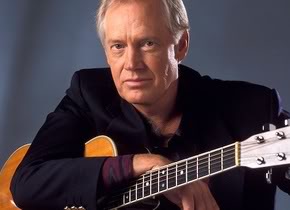 Ronny Cox is best known for playing the villain in film’s like “Robocop” & “Total Recall”.  You may also know his from the Dueling Banjos scene in “Deliverance”, which was his first feature film.  Ronny took out some time to chat with Media Mikes about his new book which revisits his work on Deliverance” and also playing the villain.

Mike Gencarelli: What was it like revisiting the film” Deliverance” in your book “Dueling Banjos”?
Ronny Cox: It meant the world to me. That was my first time in front of a camera and it opened a lot of things for me. In lots of ways that film meant more to me than any other.

MG: What was the idea behind putting the book together?
RC: I didn’t want the book to be a literary work. I wanted it to read like we were sitting down and telling a bunch of stories. I think we were successful with that and a lot of people have said that they felt like the book let them on the inside. Oddly enough people have started saying they want to go back and look at the film again. The book kind of gives you some insight on a number
of the scenes in the film like we actually did all the canoeing.

MG: What was the most challenging part of the writing process?
RC: I did everything orally for this book. I was going on a long trip and got a recorder to take with me. I had someone with me that I was telling the stories to and we recorded those conversations. This was how I always envisioned the book being done where it was just two people sitting down and talking. It was very daunting trying to make sure we didn’t lose any of that feel. I often would tell the same stories over but in a different direction as repetitions like that I feel are important. We had to make sure we got the story told the way I wanted it told without making it incomprehensible.

MG: What do you enjoy most about playing bad guy roles?
RC: They are about 10 million times more fun to play than the good guy roles. Playing the good guy is pretty easy and predictable. The bad guy is the one making the interestingchoices. Those are the guys I love to play. I try to be a good person every day of my life and playing those roles allows me to step out of that. (Laughs)

MG: What are your thoughts on the recent “Total Recall” remake and the upcoming “Robocop” remake?
RC: Personally I am not a fan of remakes. I thought both of those original movies were pretty damn good! I was given a description of remakes and sequels once and I have really subscribed to that thought. Remakes are like putting on a wet bathing suit.

MG: What do you enjoy most about touring and performing live?
RC: I love playing music. I almost love music more than acting. With any type of acting there has to be that imaginary fourth wall between you and the audience. You can’t step through the camera. When I’m up performing music and telling stories I get to use all of the arrows in my quiver. It is almost a one on one sharing experience that you can have with the audience.