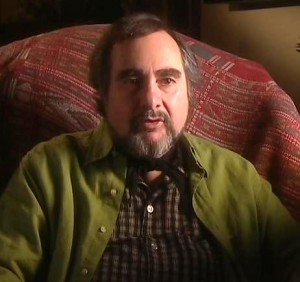 Ron Shusett is the writer/producer, along with Dan O’Bannon, for the original “Alien” and “Total Recall”. Media Mikes had a chance to chat with Ron about creating the scripts for these iconic films and also got to chat about recent “Prometheus” and “Total Recall” reboot, which was based on his original stories.

Mike Gencarelli: Tell us about how you got involved writing the original story for “Alien” with Dan O’Bannon?
Ron Shusett: Yep, I co-wrote that with Dan O’Bannon after he brought me the concept that he has from when he was in film school. We met and shared ideas.  I showed him a script I had done and he liked it.  He said “Your damn good, I think you can help me.  For two years in film school, no one has been able to help me get past the first act”.  I looked at the first 30 pages, which is basically what you see on the screen and he said he needed help finishing it and asked if I wanted to give it a shot.  I told him that I also had the rights to the Phillip K. Dick’s short story “We Can Remember It For You Wholesale”, which turned into “Total Recall”. The short story is only one act and then it ends though. He said “you help me get the second and third act of mine (“Alien”) and I will help you with your second and third act” (“Total Recall”).  And at that moment both movies were born. We worked together on what became “Alien”.  We didn’t an agents or an attorney. We had nothing. The first place we went accepted it, Fox and it was a miracle. And the rest is history.

MG: Where did you get the inspiration for the Aliens?  Did you work a lot H.R. Giger?
RS: Those all came from a Swiss artist that has never worked on a movie, Hans Giger.  Dan found his paintings and thought he was the perfect guy to do these creatures. As we were writing the script, we would send him pages. He wanted to get into Hollywood and be a designer.  So he would design them for us as we were writing the pages. We would think up an idea, send him some pages and he would design them.  Then we reduced them and put them into the script.  They ended up looking exactly like they did in the script, which is very rare. Originally, they didn’t want to go with a first time designer.  But Ridley Scott, the director, looked at Gieger and said that his concepts were so unique that he wouldn’t want to make the movie if they didn’t use him. Ridley said “I can’t do the movie without this guy because I would always know how good it would have been”. Giger ended up winning an Oscar for special effects.

MG: With “Total Recall”, you wrote the screenplay off Phillip K. Dick’s short story “We Can Remember It For You Wholesale”, how was this process different adapting from the short story?
RS: It is a totally different process and I am lucky enough to have done both in my career. It is probably a lot easier to adapt since it gives you a springboard to the start.  It gives you a gigantic creative push forward. If you have a blank page, it is harder to start from scratch even if you have a great idea. So it was hard for both of them but I enjoyed them both.  Phillip K. Dick has seven movies created from his work.  Only two of them were a success at the box office, they were “Total Recall” and “Minority Report”, both of which I worked on the scripted and produced. Not including films like “Blade Runner”, which was not a box office successful when it came out, though later becoming a cult classic. Like I before short stories, only have one or two acts tops.  So if you can’t get a great third act to match him brilliance than it is bound to fail. That was the hardest part.  It took about two/three years, just to get a proper ending for “Total Recall”. The whole “Alien” script was written faster than that. Dan and I got the first two acts of “Total Recall” writing by 1981 but we couldn’t get the third act. Then we got Paul Verhoeven and Arnold Schwarzenegger on board shortly after.

MG: Also having worked on “Dead & Buried”, “King Kong Lives” etc; what drew you to the horror genre?
RS: “Dead and Buried” was a complete original.  Obviously “King Kong” was a sequel – the third sequel in the series.  “Dead and Buried” always surprised me because it didn’t make money original but like “Blade Runner” became this cult classic after a few years.  I guess it was ahead of its time.  It was the only zombie movie, where the zombies didn’t look like zombies. I think only one thing really draws me and that is the fact that you have incredible flexibility. Anything you want to say create…you can, even whether it is believable, realistic or not. It just comes down to good craftsmanship. That is why I love the genre.

MG: With “Alien” getting “Prometheus” and “Total Recall” getting rebooting this year; can you reflect on these?
RS: Both of them were not very successful.  I didn’t work on either of them but was still awarded a story credit by the Writer’s Guild. I had no input either.  We had to use humor mixed with action for “Total Recall”, since that was what Arnold was known for. This time around they tried to do it without humor.  I guess what happened was that the audience wanted to see what they loved about the first one. With the humor stripped, even though the stories were similar, they didn’t seem to embrace it.  I did feel honored though that 22 years later, they are still using my ideas and spending over $100 million dollars on them.  “Prometheus” was 30 years after “Alien” and they still uses our ideas, we got credit for original story elements. I was also very disappointed in that film though. Like I said earlier, also touches on “Prometheus”, I think where they lost you on this film was that the first two acts are visually stunning but they couldn’t come up with a good third act. They left too many open answers that they claimed they would answer in the sequel. But you can’t do that if people don’t like the first one there will be no sequel.