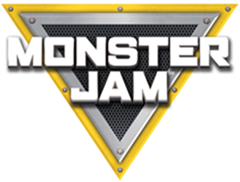 I cannot even remember the last time I went to Monster Jam. I would think it has to be nearly 20 years by now at least. I have always been yearning to go back though and this year was the year! I have always been a huge Grave Digger fan and I remember cars like Big Foot that are no longer around. So I think it was about time for me to revisit this action packed event. This year Monster Jam headed back to the Raymond James Stadium, Tampa, FL on January 13th and it was one hell of a time! This definitely just became a yearly event for me again! Let’s just say that!

Like I mentioned I have always loved Grave Digger (I mean seriously who doesn’t). He is just bad-ass. I mean the guy loses a damn wheel on his first go-around and still managed to come back and get second place at the end. During this event there were a few spotlight trucks who really just nailed every run! Monster Energy ended up winning the night, hands down! Their freestyle had me on my feet screaming! Wrecking Crew also tore up the stadium for sure! The audience was literally on their feet the entire event!

The part just wasn’t at the Stadium though! We arrived hours in advance and had an awesome time tailgating and enjoying the big open field. They also had the “Party in the Pits”, which was an additional $10.00 but gives a good opportunity for fans to get up close and personal to the Monster Jam trucks and drivers. They also had ramps setup with bikers doing tricks hourly. So very cool event for sure! Family fun! Plenty of families gathered at this event to show this wonderful event together and I will be one of those families for sure moving forward!

Are you a fan of the show “Everyone Loves Raymond”? If you are then you should Phil Rosenthal, the writer and executive producer for the show. This documentary follows the creator of “Everybody Loves Raymond,” as he documents his journey to Moscow to try and make a Russian version of the popular sitcom. You can only imagine that hilarity ensues on this journey. It is fun to watch Phil run around Russia because he is very funny in front of the camera. At points throughout the film, Phil finds himself looking at the camera during meetings and you can’t help but to laugh. He faces are just priceless. Phil Rosenthal should be in front of the camera more often.

I hate to admit this but I was never an avid watcher of “Everyone Loves Raymond”, nothing against it just never watched it. After watching this show, I think I will be picking up a few seasons to check out. Besides that the film being really funny, it also shows the serious issues with trying to “export” a hit show to a foreign country. There is a lot of things that go wrong and array in this process and it is interesting seeing how it comes together. You do not need to have watched “Everybody Loves Raymond” to enjoy this film. I got to tell you though I am definitely a fan of Phil Rosenthal now after watching this film.

What I liked most about the extras on this disc is that it actually includes episodes “Everybody Loves Kostya”, the Russian version. That is cool but what is even better is that it also includes the same episodes of “Everybody Loves Raymond” to compare. I think that is a great feature and is worth this Blu-ray to be purchased alone. Of course the disc also includes a commentary with Phil Rosenthal. The deleted scenes are decent and worth a watch but the film was cut well so they aren’t missed. Lastly there is a featurette called “Old Jews Telling Jokes”, including “Restaurant” by Max Rosenthal. Overall great extras on this disc.