Here’s some trivia for you. In the novel “First Blood,” John Rambo dies. And he was scheduled to die when the film version was made. However, star Sylvester Stallone argued that the character should live. Both endings were filmed, with Stallone’s request being honored. Good thing too, or else we wouldn’t be able to give (3) lucky readers the chance to win a “RAMBO: Last Blood” prize package, which includes a pass for (2) to see the new film, a t-shirt and a bandanna.

All you have to do is let us know below which John Rambo adventure was your favorite. (3) random entries will be selected and the winners will be notified by email. This contest runs through Thursday, September 19 at 6:00 pm CST. Good luck!

Don’t forget that Wednesday, September 18 has been designated as RAMBO Day! 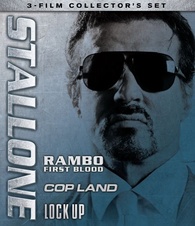