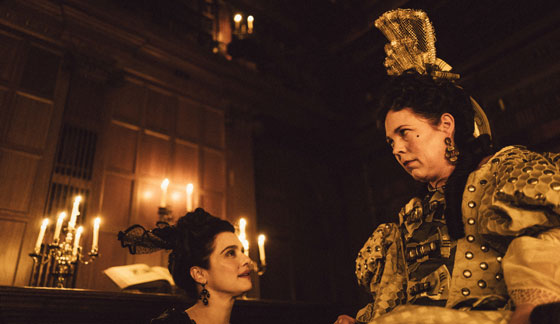 Media Mikes has teamed up with their friends at Fox Searchlight to give (5) readers and a guest the chance to be among the first to see one of the most anticipated films of the year, “The Favourite,” starring Emma Stone and Rachel Weisz.

The film will be shown on Wednesday, December 12 at the AMC Town Center Theatre in Leawood, Kansas and will start at 7:00 p.m.

All you need to do is let us know below what movie due this Holiday season you’re most looking forward to seeing. (5) random entries will be chosen and will receive a pass for (2) to attend the screening. The contest ends on Monday, December 10 at 8:00 p.m. CST. Winners will be notified by email. Good luck! 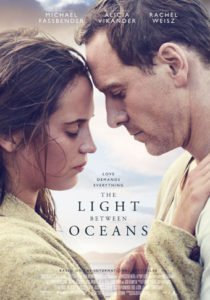 The Oxford University Press Dictionary defines “Continuity” as: “the maintenance of continuous action and self-consistent detail in the various scenes of a movie or broadcast.”

Sadly, the director of “The Light Between Oceans” has never read the Oxford University Press Dictionary.

The year is 1918. Just returned from four years in “the BIG WAR,” Tom Sherbourne (Fassbender) is given a job maintaining and operating a light house off the coast of Australia. He is told the position will only last six-months, as the full-time operator is just recuperating from an illness. As he travels through the town, on way to the desolate island he will soon call home, he meets the beautiful Isabel (Vikander). The two are immediately smitten with each other. He takes her on a picnic and she asks if she can visit the island. He replies that the rules state only the lighthouse keeper and his wife are allowed. “So marry me,” she tells him.

Learning that his predecessor will NOT be coming back, Tom accepts a three year contract and immediately marries Isabel. They try to have children but Isabel proves unable to have children. One day, Isabel spots a boat floating off the coast, seemingly empty. Tom drags it to shore and finds out that it’s not empty. Inside is the dead body of a man and a still-breathing infant. Hmmmmmm.

Full of inconsistent time jumps and heavy handed foreshadowing, “The Light Between Oceans” starts off strong but peters out by the time the film ends…about 40 minutes too late. And the continuity is terrible. The way I saw it, the following happened in a 20 minute period:

And in the next ten minutes:

Tom notifies his employer that Isabel has given birth

Tom finds a rattle in the boat (BANG! – that’s the sound of foreshadowing hitting you over the head) and tucks it in his pocket

A stranger sees the rattle. Get the idea?

Things go from bad to worse when, on a visit to the mainland, Tom learns that there was a father and daughter who were lost at sea the day before he found the baby. Luckily Tom and Izzy have the baby christened at the same church the grieving widow/mother attends so Tom can stumble on the grave marker. Will Tom’s conscience allow him to continue the charade? What do you think?

Let me take a moment from discouraging you from seeing this film to tell you that, despite all of the script problems, both Fassbender and Vikander turn in fine performances. I read recently that the two are now a couple off-screen and the chemistry is very visible on-screen. Also fine are Weisz as the grieving widow and Bryan Brown, who plays her wealthy father.

OK, back to the things I hated. The film quick-jumps to 1950 quicker than Doc Brown’s DeLorean, wiping out almost three decades of plot, and providing more questions than answers. Speaking of questions, I have one here. IF you live on an island with ONLY your wife around to keep you company, why in God’s name would you EVER lock your front door. WHO are you keeping out? And, if as you’ve maintained, the dead father, who was German, may have been chased down by townsfolk still upset over the war and by his accent, make sure he doesn’t speak with an English accent in flashbacks. And WHY is this film over 2 hours long?

In looking back at my review of the director’s previous film, “The Place Beyond the Pines,” – obviously he likes to either be “between” or “beyond,” I found the following comment:

“Incredibly overlong with a plot twist you can spot from the back of the theatre, “The Place Beyond the Pines” wastes strong performances in a sea of cliché’s and coincidences.”