With “Star Wars Episode VII” in the making and the new animated series “Star Wars Rebels” having just premiered everyone in hyper drive for more “Star Wars”. Personally, I am eat, sleep and drink “Star Wars” and I wouldn’t be happier. Thanks to the amazing people at Abrams, they have been releasing amazing “Star Wars” books for their fans for years. I have a two year old daughter and she already knows all of the characters by name because we would spend time looking through the books and identifying all the characters.

I wanted to go through a few of them and showcase what is out there for fans. The first book, I received was “Star Wars Art: Illustration”, which was originally released in October of 2012. This was the third book in the “Star Wars Art” series. “Illustration” is a collection of the best of artwork from various books, trading cards, magazines, video games, and merchandise. The art in this film is everywhere you turn even still today.

This artwork was also curated by the man himself, George Lucas. It also includes previously unpublished, rarely seen, and fan-favorite art from Mark Chiarello, Dave Dorman, Hugh Fleming, Tim and Greg Hildebrandt, Ralph McQuarrie, Jon J. Muth, Tsuneo Sanda, Drew Struzan, Jerry Vanderstelt, Christian Waggoner, and many others. If you are a fan looking to see “Star Wars” from a wide variety of different styles from many illustrators than this book is definitely for you. Abrams really showcases this art so well and in such an amazing book.

The next one is also the latest “Star Wars Art: Posters”, in fact at the time of this writing it is technically not even released yet as it streets on October 14, 2014. The fifth book in the series is a another great book from Abrams, which simply focuses on that wonderful artwork from the posters in the world of “Star Wars”. Ranging from Tom Jung’s iconic one-sheet for Episode IV to Roger Kastel’s Gone with the Wind–inspired painting for Episode V and beyond, “Star Wars” has delivered some of the best posters in movie history over the last four decades.

This book also not able includes showcases the best artwork from all six Star Wars films’ posters but also the “Star Wars: The Clone Wars” animated television series, and limited-edition prints. Again, George Lucas–curated “Star Wars Art” series, impresses. What I really can’t wait to see is what Disney and LucasFilm are planning for the new Episode VII poster. There have already been tons of outstanding fan posters.

This book is a real tribute to “Star Wars” and really features some amazing alternate artwork. Some of the art included is Kermit the Frog fishing with Yoda or even the manga Leia, which is a quite different look for the character. Other books in this series include “Star Wars Art: Comics”, which I will try and features later this month along with the upcoming “Star Wars Costumes”, which is being released by Chronicle Books later this month. 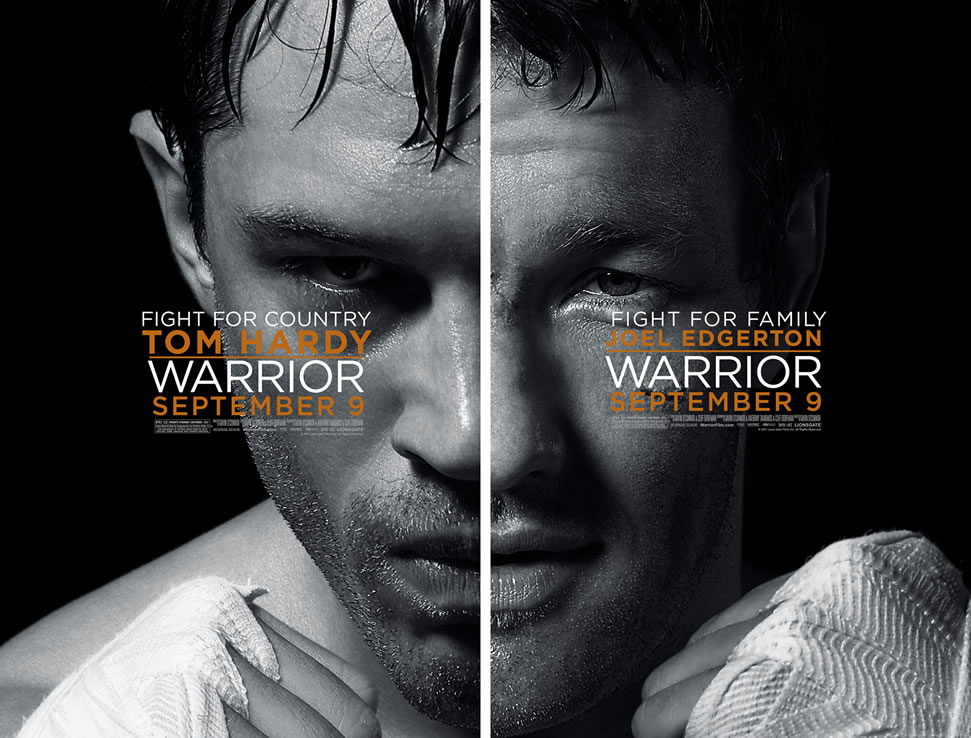 To celebrate the release of “WARRIOR”, Media Mikes would like to giveaway the following shirts, books and posters. If you would like to win one of these great prizes, please leave us a comment below or send us an email and let us know your favorite fighting movie. This giveaway will be open until Friday Sept.16th and is only open to residents of the United States. Only one entry per person, per household; all other entries will be considered invalid. Once the giveaway ends, Media Mikes will randomly pick out winners and alert the winners via email.

Click here to view our raving review for “WARRIOR”

Here are some of the great items we have available for this giveaway: