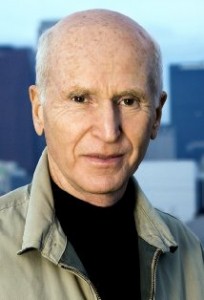 Phillip Friedman is best for his wonderful transformation as the Old Woman in the terrifying horror film “Insidious”.  Media Mikes had a chance to chat with Phillip about his role in the film and how he feels about spreading fear into 30 year old men!

Mike Gencarelli: How did you get the role of Old Woman in “Insidious”?
Phillip Friedman: I had never thought I would be playing an old woman. (Laughs) having said that it was one of the most fun roles I have ever done. I generally like playing characters that are far away from my own personality and it makes things more interesting. I auditioned for the role and also met with James Wan. He wanted to know how comfortable I would be dressed as a woman. He really wanted to know how comfortable I would be on the set and if I could do the job.

MG: Can you tell us about the transformation process of the character?
PF: Make-up took somewhere between 2-3 hours to put it all on. It wasn’t to challenging as the make-up people were great. It wasn’t the most fun part of the shoot but it really wasn’t too bad. Taking it off was a little bit more challenging than putting it on. It took a little over an hour to get the makeup off. It was a process.

MG: Are there any moments from shooting that stick out for you?
PF: Just working with Patrick Wilson and Lin Shaye for the last scene was great. I enjoy playing and for me working is playing. It is very enjoyable and satisfying. Even more so when you are working with people who you respect and you are making something that people want to see.

MG: How does it feel to promote fearish nightmare into a 30 year old man? Umm, I mean a friend of mine of course!
PF: [laughs] I have been attending some fan conventions lately and have had so many people come over to me and tell me they are glad to meet me and that they don’t have to have nightmares anymore. That has been a fun part of things. It’s great to see that regular folks like to get scared. I am glad that I can help them.

MG: With “Insidious 2” on the way, any word if the Old Woman will be returning?
PF: I probably only know as much as everyone else. I believe there was an interview with Lee and James where they stated that a screen play was in fact done. I have heard that it may start shooting this year and be released next year but you never know. There is never a way of knowing until it actually happens.

MG: What other plans do you have for this year?
PF: My representation is currently working on getting me some roles while I myself am also always looking for roles. You never know what is just around the corner. Sometimes things that you would never expect come right out of the blue. It’s definitely not like having a regular day job where you know what’s coming.