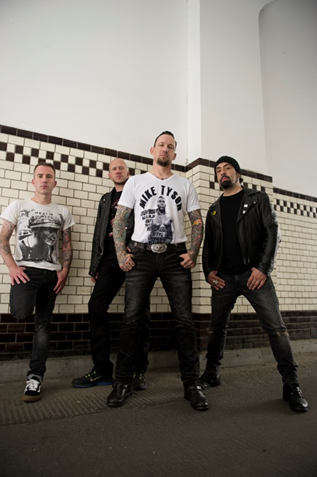 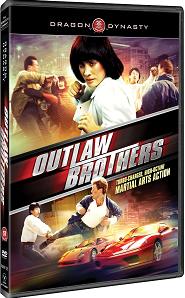 With all the special effects in films these days it is rare to see classic martial arts films. If rare that action films don’t have any CGI. “Outlaw Brothers” definitely scream 1990 action but still is just raw and out-the-top fun. There is classic car stunts and also some fast and furious martial arts. The reason for this is that the legendary Jackie Chan is behind the action direction in this film. It is also directed by Frankie Chan, who is very well respected as well.

“Outlaw Brothers” is an action-packed film follows the exploits of two car thieves, and the butt-kicking female police officer who is on their trail. Add in drug smugglers and choreographed fight scenes with brooms, fans, wrenches, and knives to make this a turbo-charged, high-octane, martial arts action film.

The DVD itself shows a little age in its transfer. It was obviously not restored for this release, but it still looks decent for its age and this isn’t Blu-ray. So a little bit of noise is expect here. The film also includes both a Chinese and English audio tracks. Honestly, I really enjoyed the English track…since it was so bad it was good. There are no special features included besides the film. There is not even a trailer. Would have loved to seen some behind-the-scenes featurettes on the stunts and martial arts. Nonetheless, fans of Chan and classic action films should not miss this.