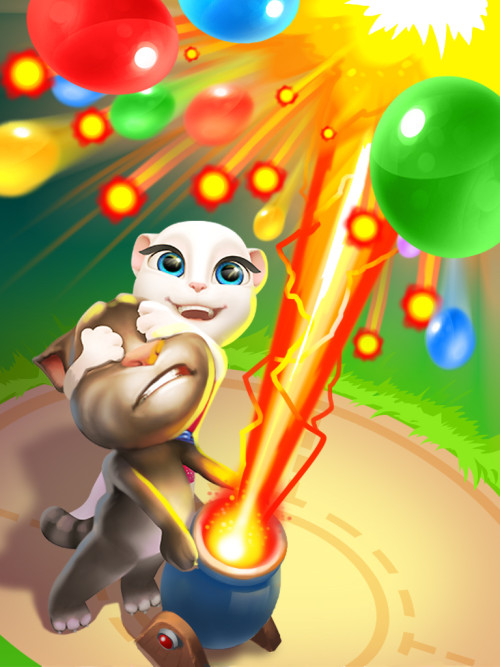 TALKING ANGELA is the most stylish, fashion-forward feline around. With her own dedicated YouTube channel and devoted Facebook and Twitter followers, Talking Angela has taken the digital world by storm; cat-apulting into the apps record books with her series of apps including Talking Angela, My Talking Angela and more.  This fabulous feline soars to even greater heights each week in Talking Tom and Friends: The Animated Series. http://talkingtomandfriends.com/

The show is based on the entertainment phenomenon that has achieved over three billion mobile downloads for its suite of apps, and three billion views on YouTube, the animated series chronicles the adventures, hijinks, and inventions of Talking Tom and the gang (including Angela) as they shoot their own reality television show.

Angela celebrates her birthday on February 2nd (but like any Hollywood starlet, she wouldn’t confirm her age.)  She also just recently celebrated a year full of fun and success for her hit app My Talking Angela, and her totally new co-starring role in the latest (totally addictive) app from Outfit7, Talking Tom Bubble Shooter.  Could one cat be any busier?