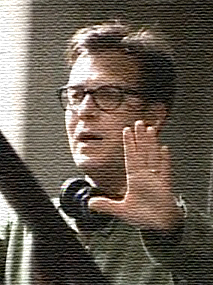 Mike Gencarelli: How did the title, “Some Guy Who Kills People”, come about?
Jack Perez: I came to the project after the script was already written. Ryan Levin had come up with the title and I loved it. Some people had wanted to change it as they thought it was too strange. I really fought for it as I thought it summed up the theme of the movie.

MG: What was your biggest challenge working on this production?
JP: I think getting the film done in the time we were given. We only had 16 days to do the film and its one of those films where performance counted. I wanted to make sure I could get all of those. Time was really the biggest thing. Fortunately we had a great crew and the cast was great as well.

MG: How was it working with such a great cast?
JP: It was great! I am a big fan of Karen Black and Barry Bostwick. These were all people Iadmired. I also admired Kevin Corrigan’s work and knew him socially however we had never made a film together. This film was a chance to work with people I loved. Thankfully they were all available as that generally never happens.

MG: Were the comedic parts of the film planned or were they something that just naturally occurred?
JP: Everything was deliberate. The script was designed to have equal parts of comedy, horror and drama. That was something that made me like the script so much. Mixing these things is always appealing but difficult to find.

MG: How did John Landis become involved?
JP: I think he had gotten script early on as Ryan was looking for a director. Landis was approached and it appealed to him however around that same time he was approached to make “Burke and Hare”. That was a project he has been looking to make for a long time and it then became about finding someone to replace him which is where I came in.

MG: Did you think “Mega Shark vs. Giant Octopus” would ever reach the cult status that it has? And why did you choose to go by Ace Hannah?
JP: I never did. The reason I didn’t put my name on it was because I like to have control over the edit of my work. I think it is an essential part of directing. The Asylum doesn’t work that way. I knew they would sort of make a mess of my work. I wish people could see my cut of the film as it is a much faster, funnier movie. There was a bunch of stuff added to pad the length of the movie.

MG: What do you have planned next?
JP: I just did a movie for the Syfy channel called “Blowing Vegas of the Map”. It’s kind of a goofy, super natural disaster type movie. It was really a chance to work with Barry Bostwick again. Ryan and I also want to work together again.