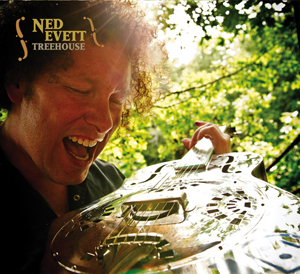 Ned Evett’s “Treehouse” serves up a hearty bowlful of Americana that, while largely satisfying , could use a little more garnish. The entire album more than readily displays Evett’s full menu of guitar styles allows him to comfortably situate himself within the mix of his self-penned songs. The problem is that, despite all of the versatility, none of them successfully demonstrate that he’s a master of any one type of genre or that he’s a particularly gifted songwriter. On many of the tracks, he seems to be dipping his toe into the pool rather than diving in and coming up with exceptionally memorable music. Because of this, “Treehouse” ultimately winds up being a “ho-hum, that’ll do” toe-tapper appetizer that isn’t as tasty or filling as it really should be.

The album’s opening track, “Pure Evil”, gets things off to a kick-ass rockin’ and rollin’ start. With its choppy rhythm guitar line and raging backbeat, Ned’s vocal fluctuates between being a gravelly growler and a howling bluesman a la “Tom Waits meets George Thorogood”. All of the ingredients work and the track winds up being a spicy barn-burner that hoots and howls its way to a flourish of an ending.

Evett stays in straightforward rock mode for the five songs that follow “Pure Evil” but none scorch like the opening track. They’re good but only serve as a catch-and-release for what could and probably should have been a hook, line and sinker.

Ned abruptly switches gears mid-way through the album and dishes up a smorgasbord of songs that ground themselves with folk roots. “Mars River Delta 2128”’s two-minute acoustic intro of displays the virtuosity of his playing ability after which the song jumps into bluegrassy knoll that is again fun but truly not unique. The remaining acoustic numbers are a bit too derivative to be riveting – the title track being somewhat of an exception.

He jumps back into rocker boy mode for the final two tracks, “Dead on Saturday Night” and “Don’t Despair”, the latter of which points out what’s been much needed throughout the whole record: some augmentation and aural layering that would pull the tracks from relative mediocrity and into being something that’s truly his own. The simplicity of “Treehouse” is all well and good, but it’s never really all that alluring and engaging. This is somewhat surprising given that King Crimson’s guitar wizard, Adrian Belew, is the production master of “Treehouse”. Belew does contribute to a couple of the tracks – piano and guitar to one and “alarm clock” to the other – but had he joined in to provide some backing harmonies or guitar accompaniment, it would have added texture and flavor to an otherwise semi-bland dish.

In the end, “Treehouse” has so much potential to be an exceptional record that it’s frustrating to hear it fall short. Evett’s indeed chosen a good solid limb for his “Treehouse” but he just needs a little more imagination to make it stand out from what all of the other kids in the neighborhood have built. 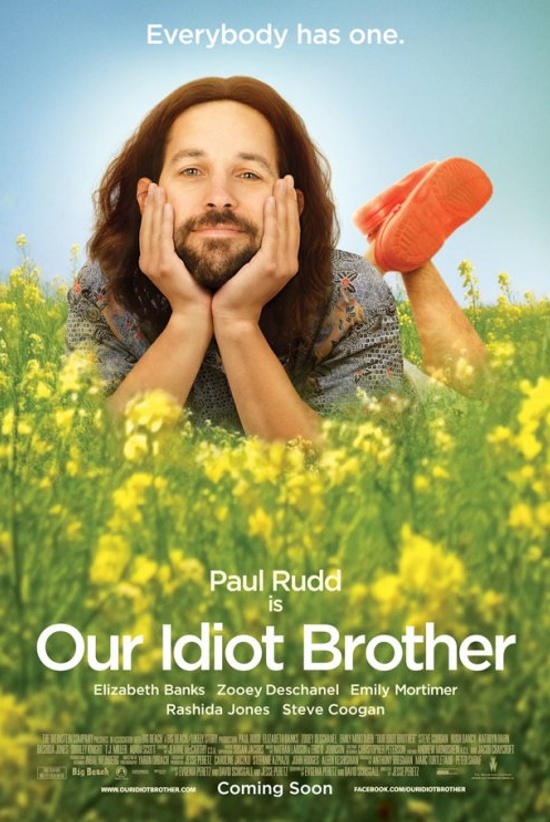 In the upcoming film OUR IDIOT BROTHER, lovable idiot Ned gets arrested, leaving his dog Willie Nelson behind. Now, Willie Nelson is searching all over New York City for his idiot owner. So far, Willie Nelson has visited Times Square, Grand Central and the Yankee Stadium without any luck.

*UPDATE 8/24* The Search is Over!…Almost! Did Willie Nelson find his IDIOT Owner Ned? Check out the video below:
Vote now at: http://www.facebook.com/OurIdiotBrother?sk=app_149674121775428
.
Check out Willie Nelson’s first three attempts: http://www.youtube.com/user/TheWeinsteinCompany#p/p/c/0/_f-TPiCN7oo
.

“Our Idiot Brother” opens in theaters everywhere on August 26th.