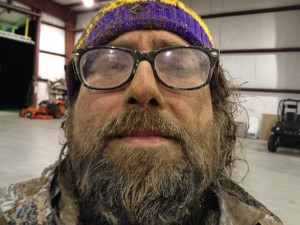 Chris Prynoski is the co-founder Titmouse, Inc.  The animation studio is responsible for a lot of shows on Adult Swim like “Metalocalypse”, “The Venture Bros” and “Superjail”.  Chris also works on the TV series on  Disney XD called “Motorcity”.  Media Mikes had a chance to chat with Chris about Titmouse, “Metalocalypse” and Disney XD’s “Motorcity”.

Mike Gencarelli: Give us some background on how you started animation studio Titmouse, Inc.?
Chris Prynoski: I never really had a plan. I got my start in the mid 90’s at MTV in New York right after I graduated from SVA. I cut my teeth on Beavis and Butt-Head as a storyboard artist – and after directing on the B&B movie and Daria and creating a short lived show called Downtown, I felt like it was time to move out to LA. While I was directing at the studios out here, I had the idea to start an internet t-shirt company on the side. It was the early 2000’s and it seemed like a good time to try starting a business. I called the t-shirt company Titmouse. Anyways, I didn’t make a ton of t-shirts, but I kept getting freelance animation work. I had to hire a bunch of friends to help out. Before I knew it, we had a ton of employees and because I had filed the business paperwork for Titmouse, that became the name of the animation studio. I don’t think I could have started it on purpose. It just kind of happened.

MG: What is the biggest challenge co-owning and working with your wife?
CP: It’s great because I get to see her a lot, but sometimes we have to shut off the “work talk” when we get home. Just maintaining a certain amount of separation between our business stuff and the personal stuff is sometimes challenging. We are expecting our first son in about a month and a half, so she’s going to be at home for a while. I’ll shoulder more of the studio stuff during that time and I’m sure that we’ll be too busy cleaning up turds to talk very much about work.

MG: With “Metalocalypse”, you not only have produced but also directed some episodes, what is your biggest challenge with this show?
CP: There’s tons of challenges on every show I’ve ever worked on. With Metal (I directed on the first 2 seasons) it was trying to fit everything in the 11 minute format. Brendon and Tommy are both genius improv comedians. We would end up with hours of material. It’s a real challenge in the edit room to get these episodes down to time and still keep them funny and interesting and satisfying. We tried going to 22 minutes in the third season, but we are back to 11’s for the fourth season because we all agreed that’s the format that works the best for the show.

MG: How do you feel that the show differs now entering its fourth season?
CP: Well, one thing is going back to the 11 minute format. I dig it. Also, as Schnepp and I have involved ourselves in other projects, there’s more room for additional directors. Mark Brooks, who ran the writers room with Brendon, directed a bunch. Felipe Salazar, our editor, is also directing this season. Brendon is directing again as well. We are also working on new videos for the upcoming tour with Lamb of God.

MG: How does it feel going from a show like “Metalocalypse” to a complete 360 like Disney XD’s “Motorcity”?
It’s very different doing a kids show. Hopefully Motorcity is a show that adults can enjoy too. There are definitely more story restrictions – you’re not going to see any booger sugar addicted clowns, or bloody dismemberments in a show like Motorcity. But we are really trying to push it to a new level visually. The action stuff is fun to direct and we can go crazy in a different kind of way.

MG: Tell us about how you got involved directing the amazing hallucination sequence in “Beavis and Butt-Head Do America”?
CP: Basically I was a pretty new kid on the scene at that point. I came on at the tail end of the 4th season of Beavis and worked on season 5 and 6 as a storyboard revisionist, then a storyboard artist. I was storyboarding and doing layout on the movie when Yvette Kaplan approached me about directing the hallucination sequence. All the episode directors were busy on sequences that had to look like the show. They didn’t want this sequence to look like the show. I had done some crazy station IDs and weirdos promos recently, so they picked me. I was psyched. It was my first credited, professional directing gig!

MG: So what’s up with you 4-wheeling with my favorites Mike Judge and Zac Brown!!??
CP: It was pretty crazy. It was a very drunken evening involving swamps, 4-wheelers, bonfires and throwing axes. At some point soon you’ll hear about what we are working on together.

MG: How do you feel that animation has differed today from when you first started?
CP: Technology has really changed everything. When I started, you drew on pieces of paper and everything was painted on clear animation cells and shot frame by frame under a giant camera. Then it changed so the drawings were scanned and painted in the computer. Now we draw right in the computer on digital tablets called Cintiqs. That makes it possibly to operate the way we do now. It’s insane. Hooray for computers!

MG: “Superjail” has a real 90’s MTV feel to it and is so unique, can we expect a third season?
CP: We are working on a third season right now! I’m not sure when they will announce air dates, but I’m super excited about it. Christy is doing an amazing job of bringing the show back to it’s roots. He is storyboarding a lot more of the show and it is over the top bananas! It’s kind of a meld of the first two seasons – taking the most badass aspects of both and mashing them together.