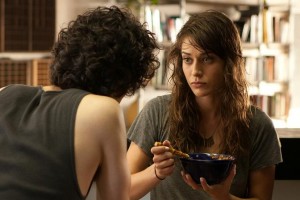 “SAVE THE DATE” LANDS WITH MAX360 INTERNATIONAL

In “Save the Date”, fiercely independent Sarah (Lizzy Caplan) breaks up with her overeager boyfriend Kevin (Geoffrey Arend) and finds herself caught-up in an intense rebound relationship with new infatuation Jonathan (Mark Webber). Always one to give life advice is Sarah’s sister Beth (Alison Brie), who is diligently planning her upcoming wedding to apprehensive fiancé — and Kevin’s band mate — Andrew (Martin Starr). With heart and humor, all five struggle with the trials, happiness, and pain of modern love.  Simple and honest and always human, “Save the Date” is a contemporary story about the familial and romantic bonds that make us who we are.

“This is our first endeavor with Michael Roiff, Jordan Horowitz and Michael Huffington, and we couldn’t be more excited,” states Elias Axume, President of International Distribution for Max360 International.  “Michael Mohan’s refreshing take on the rom-com genre, coupled with an all-star cast, is sure to bring us success at this year’s market.”

Producers Horowitz, Huffington and Roiff stated, “We’re excited to bring a new style of romantic comedy to the international marketplace and Max360 has already demonstrated wonderful passion in joining us in this endeavor.”

Based in Los Angeles, Max360 International, a subsidiary of Max360 Entertainment, is a financing, sales and production company headed by Elias Axume, former President of Maya International and EVP of Myriad Pictures.  The new company is funded by a group of private investors and plans to acquire six to 12  films a year for International and domestic distribution, in a variety of genres that have a universal appeal to all audiences.