LOS ANGELES, CA – Maya Entertainment has acquired from Los Angeles based HSI Films the domestic rights to “La Hora Cero”, a non-stop action/thriller shot entirely on location in the streets of Venezuela.   The deal for domestic rights includes plans for a 2012 VOD on Maya’s Comcast and Time Warner branded folders, Blu-Ray/DVD, and iTunes and other digital platforms.

Quickly becoming the highest grossing local film in Venezuelan history, “La Hora Cero” (aka The Zero Hour) is a gritty, fast-paced heist film.  Set in Caracas during the 24 hours of a controversial medical strike, it follows Parca, a tattooed hit man as he takes a private hospital hostage in order to save his girlfriend.  What seemed like a perfect plan will end in a frenetic outcome, as Parca is forced to come to terms with his past, and as he discovers that his worst enemies are much closer than he ever imagined.  A love story told in the midst of chaos, “La Hora Cero” is a timely and universal story about the mythic rise to power and the inevitable fall from grace.

“Maya Entertainment is extremely proud to have acquired the in-your-face action picture “La Hora Cero”, and even more thrilled to be working with the talented writer/director Diego Velasco and writer/producer Carolina Paiz,” said David Rand, EVP of Home Entertainment for Maya Entertainment.

Hollywood Studios International (parent company to HSI Films) Chairman and CEO Steven Saxton said, “We’re extremely pleased to have found the perfect partner in Maya Entertainment for the US release of one of the most exciting and influential films to come out of Latin America this past year.”

“La Hora Cero” was produced by Open Studios and Factor +RH in association with Anonimo Studio and Centro Nacional Autonomo de Cinematografia (CNAC). The deal was negotiated by Tonantzin Esparza, Director of Acquisitions on behalf of Maya and Eric Christenson of HSI Films on behalf of Executive Producer Sergio Aguero and producers, Diego Velasco and Carolina Paiz.

Based in Los Angeles, Maya Entertainment Group, Inc. is an independent multi-platform content and distribution company that has established itself as the leader of media product that appeals to the “new mainstream” of American Latino and Multi-cultural audiences.  Led by entertainment industry pioneers, Moctesuma Esparza (Selena, Gettysburg) and Jeff Valdez (Sí TV, QuePasa.com), Maya Entertainment produces, acquires and distributes entertainment programming and has established a library of over 100 titles, which are available at retail, for rental, and on VOD through Time Warner Cable, Comcast, iN DEMAND, and TVN.

HSI Films is a worldwide theatrical motion picture financing, production and distribution division of Hollywood Studios International. The company handles all aspects of marketing and distribution for both its own internally developed motion pictures, as well as acquired films. HSI Films Distribution is led by Eric Christenson, who has licensed films that represent more than 50 Academy Award nominations, including: Academy Award “Best Picture” winners “The Hurt Locker” and “The Departed,” as well as “Traffic”, “The Aviator,” and “Gangs of New York”. HSI Films Production is overseen by Producer Paul Schiff. Schiff has an in-house first-look production deal with HSI. Some of the films produced by Schiff include “Young Guns I & II,” “My Cousin Vinny,“ “The Vanishing,” “Rushmore,” “Maid in Manhattan,” “Mona Lisa Smile,” and “Solitary Man.”

Hollywood Studios International is a media holding company focused on the intelligent deployment of capital in the entertainment industry. The company has developed a portfolio of fee-based businesses ranging from talent representation to international distribution. 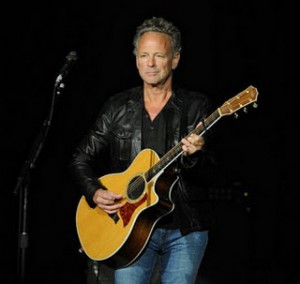