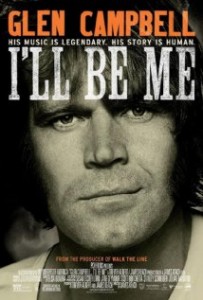 It would be fair to say that the Smith family has a great admiration for the Keach family.  As a child, I enjoyed the many roles that Stacy Keach, Sr. played in most of the classic television westerns.  Then, in 1980, Mr. Keach’s children, James and Stacy, co-wrote and co-starred in the movie The Long Riders.  What makes that film so popular in our house is that James Keach played Jesse James.  My son, Phillip, is related to Jesse James on his mother’s side of the family, though thankfully he has never robbed a bank.

James Keach is probably best known on-screen as the motorcycle cop who pulls Chevy Chase over after the family dog is unwittingly tied to the back of the car in “National Lampoon’s Vacation.”  He has also appeared in such films as “The Razor’s Edge,” “Wildcats” and “The Experts,” a film that deserved a much better marketing effort (shame on you Paramount).  He also played the role of the Warden in the Johnny Cash bio-pic “Walk the Line,” which he also helped produce.  Cash was the godfather of Mr. Keach’s son, John.

Turning his attention behind the camera, Mr. Keach is the director of the recent documentary “Glen Campbell:  I’ll Be Me,” which recently earned an Academy Award nomination for Original Song.  Mr. Keach and I spoke about the film and its impact before the nominations were announced.

Mike Smith:  How did you get involved in the project?
James Keach:  Julian Raymond, who had produced Glen’s last two projects, “Meet Glen Campbell” and “Ghost on the Canvas,” was producing my 18 year old son Johnny’s band.  He would come over to our editing room, which is also a rehearsal area, and would ask if I wanted to work on a project on Glen because he knew I had worked on “Walk the Line” several years ago.  We were very reluctant at first but we gave in to him.  He wanted us to make a documentary rather than a narrative film.  When we found out that Glen had Alzheimer’s it made me and Trevor (co-producer Trevor Albert) even more reluctant.  We thought, “oh my gosh, how can we make a movie that’s uplifting about THIS?”  And then we met Glen.  Once we met Glen and his family we realized that this man really wanted to make a difference in the world.

MS:  Is it difficult as a filmmaker, especially considering Glen Campbell’s situation, to not let your emotions dictate your approach to the material?
JK:  The big thing was…everything we had ever seen about Alzheimer’s, both in the documentary format and the narrative format, was very, very dark.  So the emotional resistance occurred prior to making the film.  Once we got to know Glen and we got to see his willingness to reveal the truth about what he was going through, it was like we were on the journey with him.  We were suffering it with him.  Emotionally we felt more for the family then we did for Glen because, when you’re going through it, you don’t realize what it’s doing to your family all the time.  Glen was very cognizant of what was happening and you see in the film that there is some remorse.  He knew things were getting weird and messed up but he really didn’t understand it, especially towards the end.  The real emotional impact came from watching his kids and his wife…the people that had known him for thirty or forty years…watch him going through the downward spiral.  And as an objective filmmaker you kind of had to stand back and observe everything and not become…you really just had to stand back.  And to reflect Glen’s personality, which has a lot of humor in it, and love, we could have easily gone on one track in the film and just shown one side of it.  But that wouldn’t have been Glen.  We also thought it was going to be a short journey.  We thought we’d be with him for five and a half weeks and we ended up spending two and a half years.  We kind of went down the rabbit hole with him.  Slowly but surely.  And even now, looking back at the film, it’s so courageous what he did and it’s a legacy for me as a filmmaker that I feel so proud that I was able to be a part of it.  To be at the helm, with my partner, Trevor, and to share this story.

MS:  Have you kept in touch with Glen?  How is he doing?
JK:  Yeah.  I saw Glen six weeks ago and the family sends pictures of him.  And I talk to Kim (Campbell’s wife).  He’s in good physical health.  He’s in good spiritual health.  He’s happy where he is.  He still has Alzheimer’s…it’s not going away.  But he’s not suffering.  He’s being well taken care of.  And I think that’s the most you can ask.  He has a lot of love around him.  He’s still full of love and full of laughter and full of faith.  Every once in a while he’ll lift his hands up and say “thank you, Lord.”  It’s kind of amazing.  I heard the other day…Kim said he played a little bit.

MS:  You’ve spent most of the past two decades behind the camera instead of in front of it.  Is that something you want to concentrate on?  Are you still open to acting jobs?
JK:  Have you got a job?  (laughs)
MS:  While I was curious if maybe they’ve talked to you about doing a cameo in the “Vacation” reboot.  Maybe you could be the cop that pulls Rusty over.
JK:  (laughing) That would be really funny.  Man, I had such a good time doing that.  That’s where my partner Trevor and I met.  He was Harold Ramis’ producer.

MS:  What do you have coming up next?
JK:  We have a lot of different films that are in various stages of development.  What we’re really trying to do is to make sure this film finishes correctly.  To make sure it gets in the right place in the digital realm because I think that is where most people are going to see it.  We’re chugging along and getting a lot of requests for screenings.  The most important thing is to school as many people as possible to see the film.  I think it will help change the conversation about Alzheimer’s.  It will certainly help leave a great legacy for Glen.  I think Glen’s intentions were to try and make a difference in the world…to create an awareness of how dire the situation is.  We did a screening for about 4,000 people in Nashville.  I went up on the stage…the Band Perry was there and we had a concert and a screening.  And during the concert, while they were setting up for their next song, I asked how many people in the audience had been affected by Alzheimer’s.  About 3,800 people stood up.  I think that there is a connection there with everybody.  People have to become more aware of this and do something about it before it really takes its toll on our country and each one of our families.