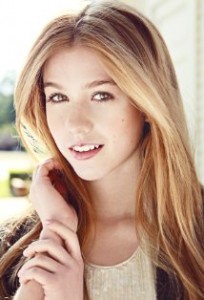 Katherine McNamara is co-starring in Disney Channel Movie of the week “Girl Vs. Monster”, which premieres on October 12th.  Katherine is also a recurring cast member on Disney XD’s “Kickin’ It”.  Media Mikes had a chance to chat with Katherine about her new roles and also what she has planned next like “Tom Sawyer and Huckleberry Finn” next year.

Mike Gencarelli: Tell us about making you Disney Channel Movie of the week debut in “Girl Vs. Monster”
Katherine McNamara: I am just so excited for this movie. Being on the Disney Channel has been a dream of mine. It is really thrilling for me, especially on a movie like this. It is your quintessential Halloween movie, in my opinion. There is action, adventure, Halloween spooks and scares, special effects, stunts, a little bit of romance and lots of great music that everyone is going to love. I got to work with such talented and wonderful people on this movie. I just feel so blessed and lucky to be able to work on such a great project.

MG: Give us some background on your character Myra?
KM: She is a really interesting character. I really get to play like three different characters in the movie since she goes through such a wide metamorphosis. The first she is the stereotypic mean high school girl. She is very conniving and narcissistic. She also has this huge rivalry with the main character Skylar Lewis (played by Olivia Holt). The next phase she gets possessed by a monster about half way through. That was really interesting because my character gets a complete makeover both physical and personality-wise. Towards the end of the movie, she realizes the error of her ways, if you will, and becomes a nice person and friend of the Skylar.

MG: What was the highlight of working on this film?
KM: There are so many wonderful things. I think it would have to be the music and the wonderful lifetime friendships I have made. Everyone on the film was just incredible, the cast and crew. We all got very close and spent literally every moment together. We just had the most phenomenal time together. Also music is such a passion of mine and I got to sing on a couple of the songs in the film. It is really wonderful. The music is really so great.

MG: Also tell us about playing Claire on Disney XD’s “Kickin’ It”?
KM: “Kickin’ It” is such a great show. One of my good friends, Dylan Snyder, is one the show. He introduced me to the cast, visit the set and hang out before Claire was even a distant thought in the minds of the writers. Eventually when this audition came up, I was so excited. Getting to work with your friends is better than anything. When I booked the role it was just a guest star but now it is recurring. It is a dream comes true. I love that show.

MG: You are playing Becky Thatcher in “Tom Sawyer and Huckleberry Finn” next year, tell us about that film?
KM: The Tom Sawyer and Huckleberry Finn story is very near and dear to my heart my whole life. I grew up in Missouri just a few hours from where the stories are set. So getting an opportunity to play such an iconic character is really an honor for me. Also to get to work with great talent like Joel Courtney and Jake T. Austin was just icing on the cake for me. We filmed it in Bulgaria, which is such an amazing and beautiful place. It was my first time out of the US and I loved every minute of it. I learned so much and it was so different. I got another lifelong friendship out of that film. Joel and I are completely inseparably.

MG: You are non-stop working, Flash forward to next summer you have “Contest”, can you tell us about that project?
KM: I just have to say, I feel so blessed being able to work so much. It is something I love doing. I just want to keep working, which is how I will learn and grow. “Contest” was such an amazing film. It is with Danny Flaherty from “Skins” and Kenton Duty from “Shake it Up”. It is about bullying and is a really great story that needs to be heard. Bullying has become such an epidemic and almost like the norm in school and kids to expect it. It is not acceptable. I have been through so much bullying in my life and I don’t think any kid should have to experience that. So, I am hoping that this movie will bring some awareness to this issue and its effects. 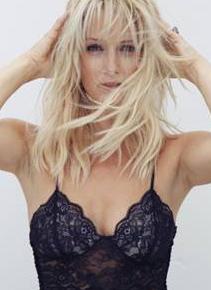