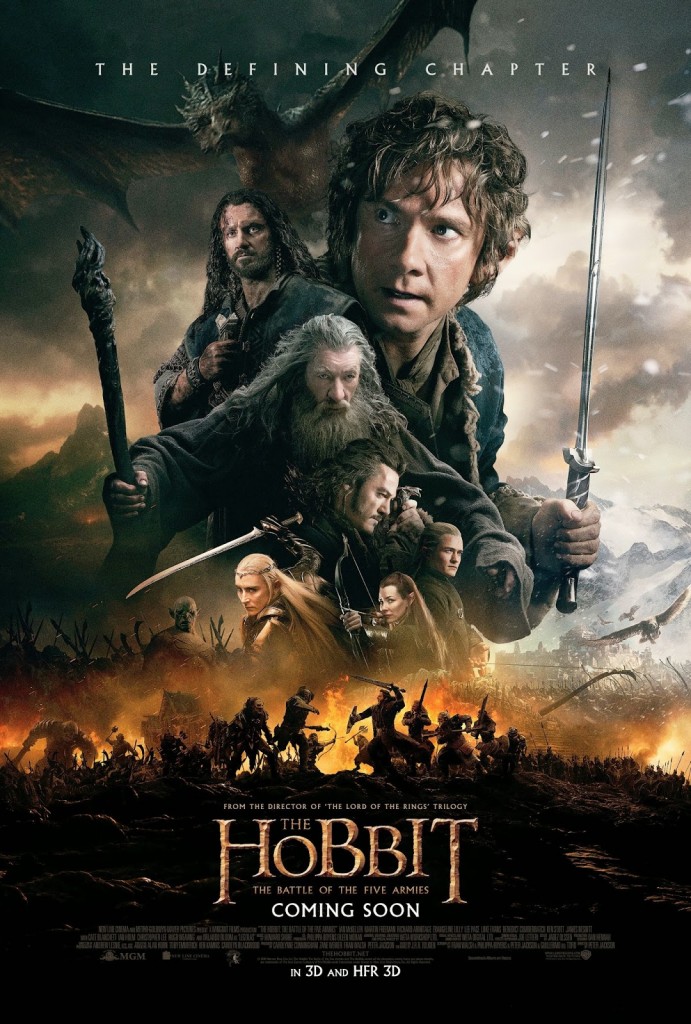 Media Mikes has teamed up with Warner Brothers/New Line Cinema and MGM to give (25) readers and their guests a chance to be among the first to see the final film in Peter Jackson’s epic trilogy, “The Hobbit: The Battle of the Five Armies” in 3-D!

The screening will be held on Thursday, December 11, 2014 at the Cinemark Merriam 20 Theatre in Merriam, Kansas and will start at 7:00 p.m.

All you have to do is go to: http://www.gofobo.com/main/sweepstakes/TheHobbitMediaMikes and register. On Monday, December 8, (25) random entries will be chosen and those chosen will receive a pass for (2) to attend the screening. Winners will be notified via email on Tuesday, December 9.

“The Hobbit: The Battle of the Five Armies” opens nationally on Wednesday, December 17, 2014