Media Mikes is happy to announce that they are giving five of their loyal readers and a guest weekend passes to attend the upcoming Kansas City Comic Con.

All you have to do is let us know below who you would like to see as a celebrity guest at a future convention. Five random entries will be selected and they will receive a pass for two to attend the Kansas City Comic Con, which runs from November 10th-12th, 2017 in downtown Kansas City, Missouri.

This contest runs through 10:00 p.m. CST on Sunday, November 5th. At that time, five random entries will be selected and those winners notified by email.

2018 marks the 40th Anniversary for one of the most popular and influential films of all time, “Superman the Movie.”

To help celebrate the event this year’s Kansas City Comic Con is bringing six of the film’s stars to Kansas City to help commemorate the milestone. While all of the guests will be available during the convention to meet fans and sign autographs, KCCC is offering an amazing “You’ll Believe a Man Can Fly” VIP ticket package, which includes the following:

*VIP Reserved Seating for BOTH the film panel at the convention AND at a screening of “Superman II: The Richard Donner Cut,” which will be held at the Alamo Drafthouse.

*A special 11″x 14″ 40th Anniversary Print featuring, and pre-signed by, Valerie Perrine, who will not be attending the convention.

*Priority line where VIP ticket holders can also have one item of their choice signed by any (or all) of the attending cast members.

*A professionally shot Group Photo opportunity with all of the attending cast members on site.

For more information or to purchase your VIP Package ticket, click here. 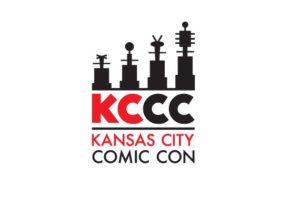 Media Mikes has teamed with the promoters of the Kansas City Comic Con to give (5) readers and their guests passes to attend the convention, which runs from August 12-14, 2016.

All you have to do is let us know below what celebrity guest you would like to see at a future convention. On Monday, August 8th, (5) random entries will be selected and the winners will receive (2) passes to attend the convention. Those chosen will be notified by email.

For more information and a complete list of guests head here.