To celebrate the release of Jordan Peele’s “Us” on Blu-ray, Media Mikes would like to our fans a chance to win a digital download of this season. If you want to win this great prize, please leave a comment with your dream project for Jordan Peele. This giveaway will remain open until June 26th at Noon, Eastern Time. This is open to our readers in US only. One entry per person, per household. All other entries will be considered invalid. Media Mikes will randomly select winners. Winners will be alerted via email.

Featuring incredible must-see performances from Academy Award® winner Lupita Nyong’o (Black Panther, 12 Years a Slave),Winston Duke (Black Panther), Emmy® winner Elisabeth Moss (“The Handmaid’s Tale,” “Mad Men”)and Tim Heidecker (The Comedy, “Tim & Eric’s Bedtime Stories”), US is“the most out-of-the-box horror film of the past decade,” (Nathaniel Brail, Heroic Hollywood). Movie enthusiasts and horror fans alike can watch US again and again to unravel its darkest secrets. Doppelgängers. Hands Across America. The Nutcracker. Rabbits. 11:11. The key themes and imagery from US are unpacked and explained in exceptional bonus content such as The Duality of US featurette where Jordan Peele talks in-depth about many of the ideas behind the film. Setalong the North California coastline,Adelaide Wilson (Nyong’o) reluctantly returns to her beach side childhood home with her family and finds that she is haunted by unresolved trauma from her past along with a string of eerie coincidences. As darkness falls after a tense day at the beach, the Wilsons discover four figures standing in their driveway. They soon realize thisis only the beginning of their troubles as they find that the four figure are terrifying and uncanny opponents: doppelgänger sof themselves. 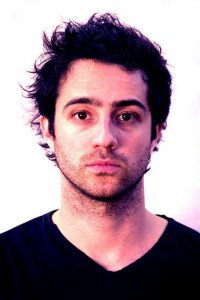 Jordan Galland is the writer/director and producer of the new superhero indie film “Alter Egos”.  He is also known for his film “Rosencrantz and Guildenstern Are Undead”.  Jordan took out sometime to chat with Media Mikes about the new film and what we can expect next.

Mike Gencarelli: How was it going from vampires in “Rosencrantz and Guildenstern Are Undead” to superheros in “Alter Egos”?
Jordan Galland: It’s really fun to work in such a specific genre (Superheroes, vampires) where the rules are so defined that they can have an almost biblical or religious rigidness to them, so that any impulse towards realism, or a deviation from the conventions of that genre results in finding something new, or at least a quirky, comedic take on it.

MG: How did you end up with most of the same cast from “Rosencrantz” in “Alter Egos”?
JG: I wrote the parts for those actors, having met them on the set of my first film. I really wanted to work with them again, and was betting on the fact that maybe they wanted to work with me again too, even if the budget was small and we’d all be sleeping in the same bed. I lucked out, on both accounts.

MG: Having this been your second time directing, what was the biggest challenge this time around?
JG: Biggest challenge was the action sequences, where we didn’t have the time or budget to do it the way I envisioned it. We made compromises, which work, but still. Another big challenge was trying to make the body (in the opening sequence) sink into the ocean. It kept floating back up.

MG: Tell us about the music in the film by Sean Lennon, who appears in the film as Electric Death?
JG: He did the score for Rosencrantz, and I wanted to work with him again. We met through having bands in NYC in the 90’s and ended up playing music together a lot. And in our musical collaborations we often went to film scores as a reference. So we had a certain short hand vocabulary and a familiarity with each other’s tastes… as well as both being fans of the Sci-Fi fantasy genres. Sean’s soundtrack is also out and available now on iTunes, FYI!

MG: How did Kevin Smith end up getting involved with Smodcast Pictures?
JG: Phase 4 films has a deal with Smodcast, where they look for films that they think are suitable to Kevin’s taste; often comic-book type stuff, or comedy that has a conversational naturalism like Clerks. All low-budget, a way for films to get a little extra attention in this cluttered, over-saturated market.

MG: What do you have planned next whether it is music or directing?
JG: I am currently finishing up a new solo record to be released in the late winter / early spring, being produced by Charlie Klarsfeld. And I’ve got two films in development. One’s a new take on a demon possession story. It starts where exorcism films end and is about a girl who’s recovering from demonic possession. The other one is also kind of a horror thriller… like misery Psycho meets Misery, and has an almost a reverse Misery plot where the writer takes the fans hostage. So I’ve been working on those, but not sure when they’re going to get filmed. Hopefully 2013!