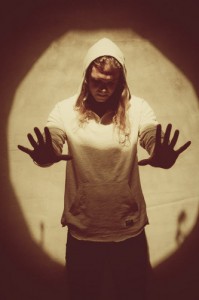 Jared Watson is the lead singer for the group The Dirty Heads. The group has just released an acoustic album titled “Phantoms of Summer: The Acoustic Sessions” And will be hitting the road later this month in support of its release. Media Mikes had the chance recently to speak with Jared about the album and what it was like working acoustically.

Adam Lawton: Can you tell us about the new acoustic album?
Jared Watson: This album is definitely the sexiest thing we have put out, the vibe and feel of each song was the most important thing to us. Whether it was how much room hiss we got off the old mic’s we set up or how slow we wanted to play the song Phantom, there was no right or wrong when it came to structure or formula as long as the vibe was right.

AL: What was it about doing an acoustic album that appealed to you?
JW: We started as an acoustic act so we wanted to get back to our roots. With “Phantoms of Summer” We wanted to really dive into our lyrics and the melodies of each song included on the release.

AL: Did working acoustically cause the band to change how they worked in the studio?
JW: It was a comfortable move from a full production album to an acoustic album. Most of our starts and ideas are written acoustically first and we feel if a song can hold up with just an acoustic guitar and a vocal then you’ve got something special. So the process for this album really began the same way.

AL: Are there plans to shoot a video for any of the songs of the album?
JW: Hopefully, We’ve have been shooting ideas around and there has been some really cool creative stuff that we would like to do!

AL: Does the band plan to tour in support of the release?
JW: We will be touring the southeast at the end of October before heading over to Europe where we’ll be playing some dates with Sublime With Rome in November, including Warped Tour UK.