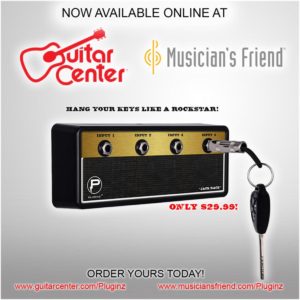 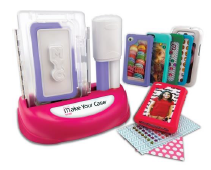 Parents, if you are looking for that last minute gift…check out the following items below:

Make Your Case
Create and design two real cell phone cases or design one of the four ready-made cases to match every mood and outfit! How does it work? Simple. Push the plunger into the Case Maker and fill your mold with your chosen color. Once the mold has set, you can bling a selfie, decorate your pet or favorite musician’s picture or more. Compatible with iPod Touch 5, iPhone 4/4s, iPod Touch 5/5c/5s and Samsung S3/4. Also comes with gems, stickers and design sheets. Available at all major retailers. Ages 8+. Price $24.99

Orbeez Body Spa
Need a little ‘me’ time? Just imagine what it’s like to sit in a luxurious room chair full of the soothing
softness of Orbeez! It’s an Orbeez fantasy come true! Ahh… sink into the calming comfort of the Orbeez Body Spa and recharge! The perfect holiday gift for young girls, the sophisticated Body Spa chair comes with 6,000 comforting Orbeez and a vibration device help her relax and melt the day away! Use the chair anytime, and add the Orbeez for a special spa touch! Available at Walmart, Amazon.com & Kmart – Ages 5-12. Price: $49.99.

Xploderz Mayhem
This holiday season, outlast and out-blast the competition with the new Xploderz Mayhem! The new firing system will change the way you shoot forever! It features a multi-shot auto firing system that fires an astonishing 120 rounds of ammo in 60 seconds! The Mayhem comes with an amazing 2,000 rounds of ammo! With a velocity of 100 feet per second, it’s 50 percent faster than any foam blaster. Reloading ammo only takes seconds with no mess to clean up. Available at all major retailers. Ages 8+. Price: $39.99