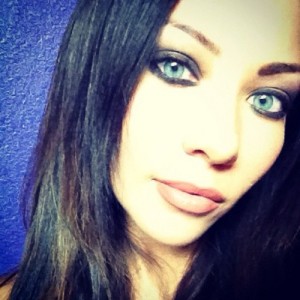 Carla Harvey is the lead singer of the heavy metal band, Butcher Babies. The band recently released a new EP called “Uncovered” and is planning the upcoming “No One Can Hear You Scream” Tour across North America. Media Mikes had a chance to chat with Carla about the EP and what we can expect from the tour.

Adam Lawton: Can you give us a little background on the new EP?
Carla Harvey: Well, “Goliath”, our debut album came out in July of 2013 and our new album doesn’t come out until early summer 2015 so we wanted to give our fans a little appetizer in between.  Not to mention we wanted to play some new songs to spice things up for ourselves! Believe it or not we get tired of playing the same set over and over again.  Making this EP of cover songs seemed like the perfect solution. Growing up I was a huge fan of my favorite bands like Guns N Roses and Metallica doing albums of covers…they introduced me to songs I might never have heard if they hadn’t been reinvented on the “Spaghetti Incident” or “Garage Days”.

AL: What was the process like for choosing the songs and were there any others chosen which didn’t make the EP?
CH: For the EP we didn’t want to go with obvious song choices.  People expected a Plasmatics cover or a Pantera cover and what ended up with on our album was very different. In the end we chose the Osmonds, Napolean 14, Suicidal Tendencies, SOD and ZZ TOP. Some of the songs we considered that didn’t end up making the cut were songs by Fishbone, Living Colour, 45 Grave and Agent Orange.

AL: The songs you guys chose are quite different. Was that something that happened naturally or was it the plan to choose songs that hadn’t been done before?
CH: We wanted each song to have a special meaning for us. We each made a short list of songs that had struck a chord with us when we were young and narrowed it down from there.  For instance, they’re coming to take me away was my pick because I have a vivid memory of my stepdad playing it over and over again in the car. My stepdad was a bit off his rocker and the song is about being taken away to a mental institution so I always found it ironic that he loved that song so much.  Heidi chose “Crazy Horses” because it was the heaviest song she heard as a kid and she was really drawn to it.

AL: Can you tell us about the upcoming tour run the band has planned?
CH: We just started our first headlining tour, the No One Can Hear You Scream Tour across North America. We have been extremely lucky to garner a huge fan base the last couple of years by hitting the road with likes of Marilyn Manson, Danzig, Black Label Society and of course the Mayhem Festival, so the time was right for us to see what we can do on our own.  We are only on show three but the response has been incredible. After this tour, we hit the road with BLS and Hatebreed for a winter tour.

AL: What are the band’s plans so far for the next full length release?
CH: We are working on our second album right now. We finish recording when we get home from our headlining tour and the album will be released early summer 2015. We are pumped for it and hope that you all are as well!