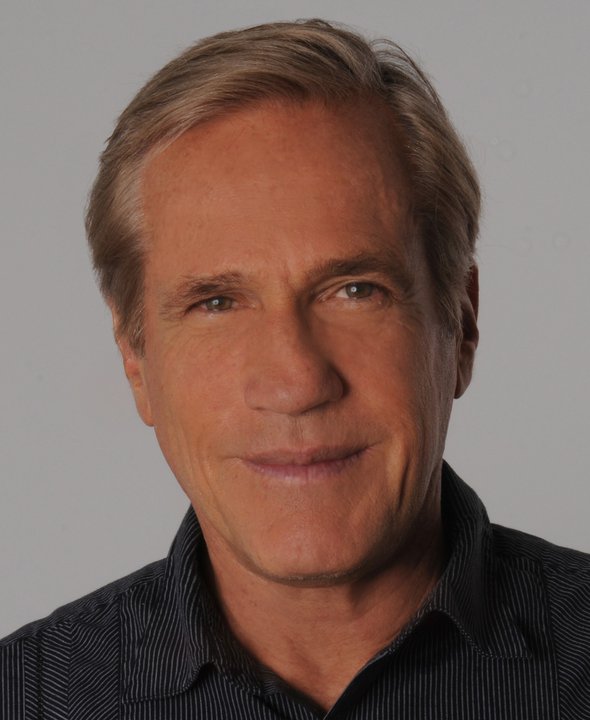 What do you do when, in a span of two years, you direct some of the best episodic television as well as one of the most popular television movies of all time? If you’re Randal Kleiser, you graduate to features, where you’re first film, “Grease,” remains, almost four decades later, the highest grossing movie musical of all time. Not a bad start!

Born in Philadelphia, Kleiser headed west to study his chosen craft at the University of Southern California. It was there he met a fellow student named George Lucas. He graduated USC in 1968 and, on the basis of his impressive Master’s thesis film, “Peege,” began his career. After directing episodes of such popular television shows as “Marcus Welby, M.D.,” “The Rookies” and “Family,” he graduated to made-for-television films. His first, “Dawn: Portrait of a Teenage Runaway,” starred former “Brady Bunch” star Eve Plumb as a girl who, feeling her home life is tough, runs away to the big city where she’s soon selling her body. While this is almost happenstance on today’s television it was quite a shocker in 1976. His second film-for-television starred up and coming “Welcome Back, Kotter” star John Travolta as “The Boy in the Plastic Bubble.” Based on a true story, the film earned three Emmy nominations, winning one. It also became a favorite of fans, thanks to Travolta’s performance and Paul Williams’ song, “What Would They Say,” which Travolta sang. Travolta and Kleiser would reunite the next year when the young star appeared opposite Olivia Newton-John in the musical smash “Grease.”

Kleiser, a director with an eye for young talent, followed up with “The Blue Lagoon,” starring Brooke Shields. He then featured Peter Gallagher and Daryl Hannah in “Summer Lovers” (which Kleiser also wrote) and then teamed up Jamie Lee Curtis and Patrick Swayze in “Grandview U.S.A.” Other films include “Big Top Pee Wee,” “Flight of the Navigator” and “Honey, I Blew Up the Kid.” In 1996 Kleiser wrote and directed “It’s My Party,” one of the first major films to address the issue of AIDS (though, in “The Boy in the Plastic Bubble,” Travolta’s character, Tod, was born with a deficient immune system, which is not unlike being born with AIDS). “It’s My Party” tells the story of Nick (Eric Roberts), whose most recent blood test reveals that he is HIV positive. Nick decides to go out on his own terms and throws himself a “going away” party.

This year, Kleiser turned to the stage, where his first production, “The Penis Chronicles,” currently plays four times weekly at the Coastal Playhouse, in West Hollywood, California through January 11, 2015. Mr. Kleiser took time out from his schedule to speak with me about working on the stage, the continued magic of “Grease” and a project near and dear to his heart: “The Nina Foch Project.”

Mike Smith: You’re about to finish your first foray onto the stage. How did you get involved with “The Penis Chronicles?”
Randal Kleiser: Tom Yewell was my assistant on “White Fang” and “Honey, I Blew Up the Kid”. He then became my director of development at Disney Studios. After that he moved back East for several years. Last year his friend Greg O’Connor sent me his play, “The Penis Chronicles” and I read it expecting to just give him my comments. I was extremely impressed and immediately wanted to help launch it.

MS: As someone who had worked primarily in television and film, does the role of the director change when it’s live theatre?
RK: The biggest difference is that the control is in the hands of the actors, rather than the director. I’m used to being able to fine tune movie performances, doing multiple takes until we achieve each moment perfectly. There is an excitement about live theater that I haven’t experienced in my movie career. You never know what’s going to happen. Last week we had a power outage during the play and used iPhone flashlight apps to light the actor.

MS: You were able to fund the initial 8-week run of the show through Indigogo. Any thoughts of extending the run?
RK: We are pleased to announce that we are extending until at least January 11th. After that, we aren’t sure. It depends on the public continuing to show up.

MS: What can you tell us about your upcoming film, “B.F.F.?”
RK: That is a project written and directed by young filmmaker Greg Carter. I’m overseeing it in an executive producer capacity.

MS: You went from directing one of the most popular television films of all time (“The Boy in the Plastic Bubble”) to helming the most popular movie musical as a first time feature film director. Why do you think “Grease” continues to find fans after all these years?
RK: I get asked that a lot. It must have been the perfect storm of cast chemistry, a hit Broadway play, the new music, and characters that everyone could identify with.

MS: It’s been almost 20 years since “It’s My Party” was released. These days in Hollywood it’s almost common-place to have major studios producing projects like “Angels in America” and “The Normal Heart.” How hard was it to get “It’s My Party” made?
RK: I wrote it while under a deal at Disney. They were not jumping at making it. Duh. Luckily, John Calley had just taken over United Artists and I went over to see him. I showed him pictures from the actual party that the script was based on and he greenlit the project that day.
I couldn’t have been more thrilled.

MS: Tell us a little about the “Nina Foch Project” and her influence on your career?
RK: Nina Foch was a vital presence in the entertainment industry, at home onstage, on screen, and in the classroom. Her acting career spanned seven decades, including starring roles on the Broadway stage and numerous television appearances from the golden era of live television drama through the most popular series and sitcoms of recent years. She was best known for her performances in classic films, such as “An American in Paris,” “Spartacus,” and “The Ten Commandments.” Her role as Erica Martin in “Executive Suite,” directed by Robert Wise, garnered her an Academy Award nomination for Best Supporting Actress in 1955. Nina joined the USC School of Cinematic Arts where she taught for many years, offering the Advanced Seminar in Directing Actors for Film. She worked with – and inspired – many of today’s most successful actors, singers, directors, screenwriters, and producers. After studying with her, I hired her on several occasions to guide me in breaking down scripts I was about to shoot. She would drill me on each moment, each line, each piece of punctuation so that I was ready to shoot only what was necessary to forward the story and ready for any possible question from the actors. My classmate George Lucas put up some funds to shoot a whole semester of her class before her death in 2008. She instilled in me the same thing that motivated her: a desire to transfer the fascination. The Nina Foch Course for Filmmakers and Actors is available in DVD and online form at www.ninafochproject.com.

MS: What, if anything, do you have planned next?
RK: I have four films ready to go and am looking to complete funding on them. All my director friends are in the same boat. We have to become entrepreneurs and do our own projects, rather than wait for the studios to change from only doing sequels, comics and remakes.

Media Mikes has teamed up with the Alamo Drafthouse to give our readers a chance to win passes to themed screenings of the following films in Kansas City:

On Tuesday, September 17, join the T-Birds and Pink Ladies in a specially themed presentation of the classic 1978 musical “Grease.” This is a special sing-a-long screening, with the lyrics projected on screen during the film (like you’ll need them)

Text PINK LADIES and your ZIP CODE to 43549 to enter for a chance to win a pair of tickets to see the GREASE SING-ALONG. (1) winner will be drawn on Monday, September 16.

On Wednesday, September 18, it’s time to join the members of Delta Tau Chi as they throw a Toga Party to celebrate the 35th Anniversary of “National Lampoon’s Animal House.”
Text TOGA and your ZIP CODE to 43549 to enter for a chance to win a pair of tickets to see the ANIMAL HOUSE TOGA PARTY. (1) winner will be drawn on Tuesday, September 17.

Finally, go back to the 80s and celebrate with Val Kilmer and the fellow braniacs of “Real Genius.”

Text IQ and your ZIP CODE to 43549 to enter for a chance to win a pair of tickets to see REAL GENIUS. (1) winner will be drawn on Wednesday, September 18.