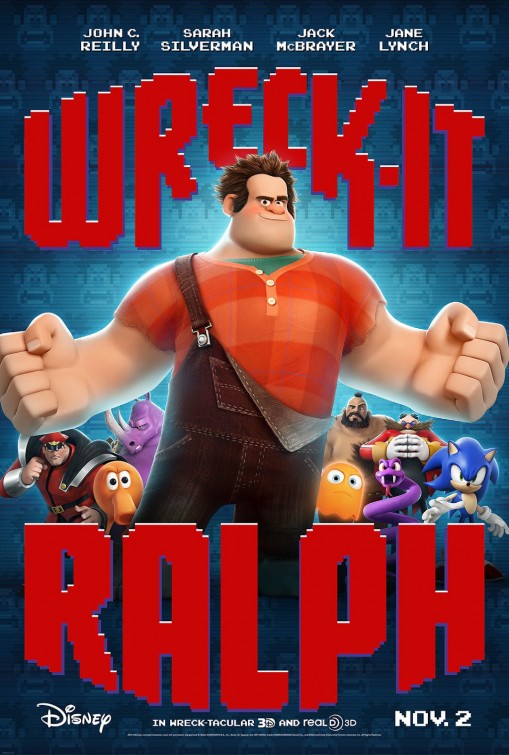 To celebrate the release of Disney’s “WRECK-IT RALPH”, we are excited to giveaway a $25 Disney Store bonus shop card, as well as some t-shirts and other movie goodies.  If you would like to win one of these great prizes, please leave us a comment below or send us an email and let us know your favorite video game character. This giveaway will be open until November 11th at Noon, Eastern Time and is only open to residents of the United States. Only one entry per person, per household; all other entries will be considered invalid. Once the giveaway ends, Media Mikes will randomly pick out winners and alert the winners via email.

Visit your local Disney Store or DisneyStore.com to live the adventure of WRECK-IT RALPH.

From Walt Disney Animation Studios and Emmy®-winning director Rich Moore comes “Wreck-It Ralph,” a hilarious, arcade-game-hopping adventure. For decades, Ralph (voice of John C. Reilly) has been overshadowed by Fix-It Felix, Jr. (voice of Jack McBrayer), the good-guy star of their game who always gets to save the day. Tired of playing the role of a bad guy, Ralph takes matters into his own massive hands and sets off on a journey across the arcade through multiple generations of video games to prove he’s got what it takes to be a hero.

On his quest, Ralph meets tough-as-nails Sergeant Calhoun (voice of Jane Lynch) from the first-person action game Hero’s Duty, and feisty misfit Vanellope von Schweetz (voice of Sarah Silverman) from the candy-coated cart racing game, Sugar Rush, who may just be his first real friend. But everything changes when a deadly enemy is unleashed, threatening the entire arcade and Vanellope herself. Ralph finally gets his chance to save the day—but can he do it in time? “Wreck-It Ralph” is now playing in theatres in 3D.