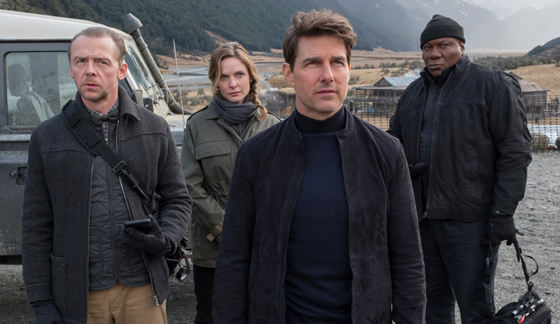 I’m curious if Tom Cruise has in his contracts a clause that says he must run in his films.  In early films like “Taps” and “The Outsiders” he ran with others.  He was constantly running to school in “Risky Business.”  “Legend.”  “The Firm.”  He raced Robert Duval at the end of “Days of Thunder.”  Hell, even though he spends most of the film in a wheelchair, he found time to run in “Born on the Fourth of July.”  But none of these films can prepare you for the mileage he covers in his latest adventure as Ethan Hunt: “Mission: Impossible – FALLOUT.”

The film begins with Hunt (Cruise) and his Impossible Mission Force (IMF) attempting to retrieve three pieces of hardware needed to outfit nuclear bombs.  However, when one of his force-mate’s life is put in jeopardy, Ethan chooses them over the success of the mission and the hardware is absconded with.  Cue the music!

Not only the best of the “Mission: Impossible” films, “FALLOUT” is also one of the best films of the year.  After an introductory scene that would have made the opening moments of most James Bond films seem tame, Hunt and company are soon introduced to CIA Agent August Walker (Cavill, out of his Superman uniform but just as bad-assed), a no-nonsense kind of guy who certainly would have let a member of his team die and not give it a second thought.

There are so many twists and turns here that to go into too much detail about the rest of the film would give away some nice plot points.  Suffice it to say that Cruise easily covers a few miles by way of his fleet feet.  Run, Ethan, run. 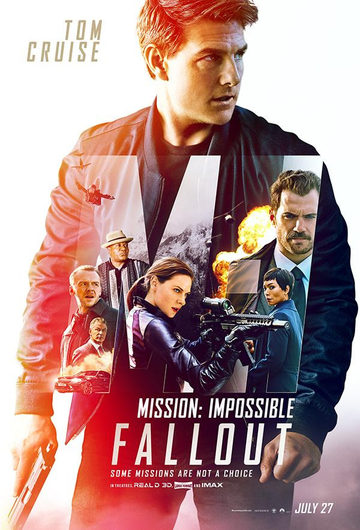 Of course you do!  Our friends at Paramount have given us a “Mission: Impossible – FALLOUT” prize package for one lucky reader to win.  Here is all you have to do:

Just comment below what television program you’d like to see turned into a feature film.  Pretty simple.  One random entry will be chosen and that entrant will win the prize package, consisting of a t-shirt, charger, water bottle and poster.  The winner will be chosen at noon (CST) on Friday, July 27 and will be notified by email.  Good luck!

Media Mikes has teamed up with their friends at Paramount to give (25) readers and a guest the chance to be among the first to see the latest adventures of Ethan Hunt and company:  “Mission: Impossible – FALLOUT.”

The film will be screened at the AMC Barrywoods 24 Theatre in Kansas City on Monday, July 23 and will begin at 7:00.

All you have to do is click HERE.  The first (25) readers to do so will receive a pass for (2) to attend the screening.  This is a first come/first serve giveaway.  Once the allotted (25) passes have been claimed, the giveaway is over.  Good luck!

Media Mikes is proud to be hosting advance screenings of the latest installment in the Mission: Impossible franchise “Mission: Impossible – Fallout”. Click below to get tickets, first come first serve! Good luck and like always leave a comment here after you’ve seen the film! 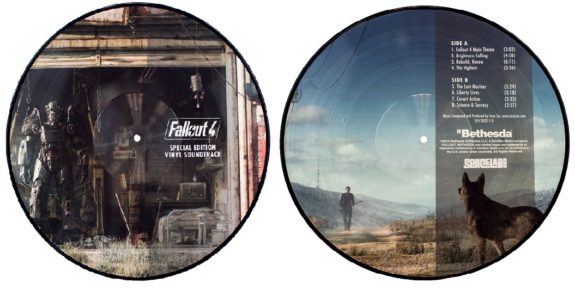 Media Mikes would like to give our fans a chance to win a Fallout 4 Special Edition Vinyl Soundtrack. If you want to win this great prize, please leave a comment below with your favorite weapon in Fallout 4. This giveaway will remain open until November 18th at Noon, Eastern Time. This is open to our readers in US only. One entry per person, per household. All other entries will be considered invalid. Media Mikes will randomly select winners. Winners will be alerted via email.

Maybe you don’t need 3 and a half hours of Fallout soundtrack. Or maybe you don’t have $125 to spend right now. We’ve all been in a place in life where we didn’t have two bottlecaps to rub together, and that’s why we decided to pick up this Fallout 4 Special Edition Vinyl Soundtrack, pressed especially for ThinkGeek and GameStop.

In this special edition, the soundtrack from Fallout 4 has been stripped down to just 8 tracks, including the main theme, and both sides of the vinyl are images featuring the ambience of Fallout 4. Surprising for a vinyl album, it’s as pretty to look at as it is to listen to. We predict you’ll end up framing it if you manage to get yourself one of these.