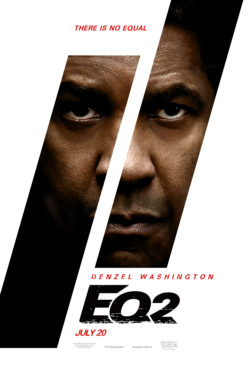 Media Mikes is proud to be hosting advance screenings of the new upcoming release of EQUALIZER 2 starring Denzel Washington! There is an advance screening of the film on Monday, July 16th @ 7PM at AMC Boston Common.

Website: http://www.equalizer.movie/site/
GENRE Action thriller
SYNOPSIS: Denzel Washington returns to one of his signature roles in the first sequel of his career. Robert McCall serves an unflinching justice for the exploited and oppressed – but how far will he go when that is someone he loves?
Read Complete Article
Filed Under: Giveaways, Screenings Tagged With: 2, advance, boston, equalizer, passes, screening, ... 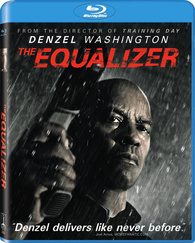 Can Denzel Washington do no wrong? This guy is a machine cranking out hit after hit recently. “The Equalizer” is no different either. It also teamed him up with “Training Day” director Antoine Fuqua again. This film is fast, in your face and brutal. Washington is at his best and really delivers an amazing performance. The film also features a solid supporting cast including Chloë Grace Moretz, Melissa Leo and Bill Pullman. There is already talk about a possible sequel, I am on board if Denzel is!!

Official Premise: McCall (Denzel Washington) has put his mysterious past behind him and is dedicated to living a new, quiet life. But when he meets Teri (Chloë Grace Moretz), a young girl under the control of ultra-violent Russian gangsters, he can’t stand idly by. Armed with hidden skills that allow him to serve vengeance against anyone who would brutalize the helpless, McCall comes out of his self-imposed retirement and finds his desire for justice reawakened. If someone has a problem, if the odds are stacked against them, if they have nowhere else to turn, McCall will help. He is The Equalizer.

Sony released this film as a combo pack with a Blu-ray and digital HD copy. The 1080p transfer is awesome. It is as gritty as the film itself, yet at the same time really sharply stylized. The DTS-HD Master Audio 7.1 is nothing short of epic. The action sounds amazing and works really well. There are some great special features starting with two Behind-the-Scenes Featurettes. “Home Mart: Taking Care of Business One Bolt at a Time” looks into the climactic sequence. “Children of the Night” features Moretz talking about her character.

There is a three features that are exclusive to Blu-ray, “Vengeance Mode”, Photo Gallery and four more Behind-the-Scenes featurettes. “Inside The Equalizer” talks about bringing Robert McCall back to life. “Denzel Washington: A Different Kind of Superhero” features the actor discussing the demands of the role. “Equalizer Vision: Antoine Fuqua” is a chat with the director. Lastly “One Man Army: Training and Fighting” focuses on the stunts with Washington, Csokas & stunt coordinator, Keith Woulard.

Robert McCall is a man set in his ways. Dealing with an obvious case of OCD, McCall (Washington, never better) spends his days working at the local home improvement store. The rest of his time is spent either in his apartment, where he constantly times himself while washing dishes or getting dressed or at a local diner, where he arranges the silverware “just right” and brings his own tea. A quiet man, McCall offers advice and help to those that ask. “Progress, not perfection” is his motto. Just your regular, ordinary guy, right?

Sharply directed, and bloody as hell, “The Equalizer” returns Washington to “Training Day” territory, which makes sense since both films share the same director. Robert is a man with a past, one that he’s tried to keep hidden. But when one of his few friends (Moretz, a high class prostitute with dreams of becoming a singer) is hurt he becomes a one man wrecking crew, taking down pretty much every bad guy in Boston in the most violent ways. But the violence is not gratuitous. It’s there to show the man that McCall once was, not the man he is now. His demeanor never changes as he confronts his enemies and dispatches them. “What do you see when you look at me,” McCall is asked by the enforcer of the Russian gangster he has infuriated. “I don’t know,” he replies cooly. “What do you see when you look at ME.”

Washington is surrounded by a cast that compliments his performance. Moretz is vulnerable as the young girl who can only dream of a better life while, on the other side of the spectrum, Marton Csokas (who could easily pass as Kevin Spacey’s taller, older brother) is cool and calculated as the mob’s enforcer. When he and McCall face off verbally it’s like a prizefight that ultimately ends in a draw. Neither man will throw in the towel and their final confrontation is the equivalent of the last round, with each man needing a knockout to win!

There’s not a lot I can say about Denzel Washington that hasn’t been said before. I’ve been a fan of his ever since the film “Carbon Copy” and one of the highlights of my life was getting to speak with him for about 10 minutes in New York City shortly after he received his first Oscar nomination (for “Cry Freedom”). And even though he spelled my name wrong on the autograph he gave me (it’s A-E-L) he has always remained one of my favorite actors. His work here only adds to his already distinguished resume’.