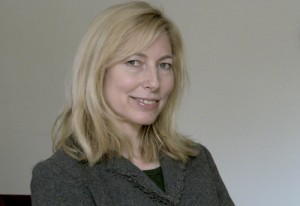 Elizabeth Yoffe is the producer on the recent documentary “My Big Break”, directed by Tony Zierra and follows the early careers of Wes Bentley, Chad Lindberg, Brad Rowe and Gregory Fawcett.  Elizabeth took out some time to chat with Media Mikes about producing a documentary like “My Big Break”.

Mike Gencarelli: Tell us about your involvement with documentary “My Big Break”?
Elizabeth Yoffe: Years ago, I was involved in a much smaller capacity with Tony’s documentary, “Carving Out Our Name”. When I saw that completed film in Toronto, I was completely taken with his abilities as a director and felt grateful to be part of it. Although there was a painful outcome for “Carving”, I believed that if Tony decided to start over and create a new project from his original footage it would result in something powerful and unique. I’ve been part of the process of making “My Big Break” from the beginning. My goal has been to be a partner in all aspects of it and to support the filmmaker’s creative vision in every way that’s needed. That covers a broad range of tasks and activities, from paperwork to marketing, creative input – when called upon, hiring additional crew, finding composers around the world, dealing with releases, research, financing, distribution decisions, marketing. It’s extremely hands- on and exhilerating because we’re completely independent.

MG: What is the most difficult task of producing a documentary?
EY: Raising its profile. It’s an interesting time for documentaries. There’s more and more interest in them and far more platforms and outlets to have the work seen than ever before – which is great. But, because there is so much content out there you’re also competing for audience interest, so marketing and raising awareness of an independent project can be challenging – as is monetization. But, all in all, I’d say this is one of the best times for indie docs-if you’re willing to put in the hands-on, intensive work.

MG: Where can everyone view or purchase this film today?
EY: Thanks for asking! The best way to view and purchase “My Big Break” is through our site www.mybigbreakmovie.com.There, you’ll have the option of streaming or downloading the movie or you can purchase the DVD through us or through Amazon.com.

MG: Have you ever considered this type of film with another group of actors, perhaps a series?
EY: No, because what makes “My Big Break” really one-of-a -kind is that fate had such a big part in bringing together that specific group of people and what they experienced – the struggles, the success, the spiral into frustration can’t possibly be duplicated. There’s plenty of fake reality out there now – too much – but the reality in “My Big Break” makes it unique and that much more interesting. If Tony wanted to do it, I know that he’d bring his unique creative eye to it, so that’s the only thing that would make me interested but without that – no. Although, I should add, it might intrigue me is to see how a group of young women handled a similar situation because the pressures on females in Hollywood is that much more intense and unsettling.

MG: What are currently working on next?
EY: I’m working in partnership with Tony on a fascinating documentary about Stanley Kubrick- I’m very excited about that, and also offering a certain level of technical support on his book, which tells a truly epic life story – talk about a film project! That’s the one story I’d consider going back to Hollywood to get done – if it could be done the way it should be. Who knows. 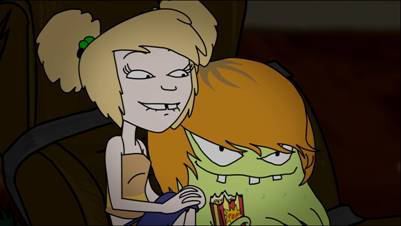 Rusty Cuyler Finds Love in an All-New Episode of Squidbillies

Bless Rusty’s sweet heart. He’s finally got himself a nice little girlfriend, Tammi, who loves him for who he is, despite his being, well, a squid with severe acne. Watch their teenage love blossom in the next episode of Squidbillies, “Keeping It in the Family Way,” airing Sunday, Oct. 9 at 11:45 p.m. (et/pt) on Adult Swim.

Of course, love is not without its hitches, and the biggest thorn in Rusty’s side is his Dad, Early. Early thinks he has Rusty’s best interests in mind, which usually means he’ll beat him up, shoot him, juice him and exploit him. This time, he butts right into Rusty’s relationship, looking to marry him off AND steal his woman at the same time. How is that possible? Well, these are hillbilly squids we’re talking about.

Now when this episode starts, you’ll notice the theme song has a special twang this week. That’s because country music singer-songwriter and Sirius XM host of Apron Strings Elizabeth Cook is covering the tune. Her signature dulcet voice and perfect country harmonies come through as Early enjoys his chaw in a broke down truck.  Cook also guest stars as the sweet, understanding Tammi. She adores Rusty and resists Early’s advances, but she can’t escape her breeding, and her mama ends up being the reason the romance must end.

Click the link below to see Elizabeth Cook as Tammi heating things up with Rusty: