As a fan of lifetime fan of “A Perfect Circle”, I have been waiting for the band’s fourth album to be released for the last fourteen years. The band started as a side project for Tool front man Maynard James Keenan but has always seems to stay relevant over the years. I think that it is because their music is very real and the lyrics brings up some major social, political and religious issues that it resonates with fans. I will go into it more below but this is an album that has built up for years. It is not going to win you over in one quick distracted listen. If you give this album a chance and really listen to it without distractions it is pretty freaking amazing and I can’t get enough of it! You can tell this was a real labor of love from the band and hardcore fans should dig it!

I spend a lot of time on the computer and listening to music with my Amazon Echo, so one day last Fall, I asked to listen to Tool to my surprise I found no Tool music is available streaming anywhere at the time, so A Perfect Circle quickly came into my head. Once I started listening, I came across a new song called “The Doomed”, I believe this was in October/November of 2017 and I was immediately taken back to old school A Perfect Circle. I loved this track and I listened to it A LOT over the last few months. Then in January, another single dropped called “Disillusioned” and it was even better than the first followed by next month with “TalkTalk” that was released in February 2018. We are talking three hit singles here before the album was even released. So I feel like I have been in love with these new tracks for months now and I only have been enjoying the album more and more with easy listen.

I feel like “Eat the Elephant” works best when played through in one sitting. I feel like the songs wind and connect together in a way that makes the who listening experience very exciting. I can’t explain in words just how much I love the song “Disillusioned”. It is honestly one of my favorite songs currently. The lyrics “Time to put the silicon obsession down…Take a look around, find a way in the silence”. I just have to stop everything and listen when this song comes on. “The Contrarian” is also a real shocker. What a surprise following up track! I also need to give props to the fourth single that was released before the album was released “So Long, and Thanks for All the Fish”, it is such a hot track. I love the way it doesn’t let you take a breathe in. It just is perfect and really different from the rest.

Like I mentioned above, even though this is their first album release in fourteen years, the band feels like they haven’t missed a beat. When I shuffle all tracks from this band the new ones fit perfect in with the old. “Eat the Elephant” dates back to as early as 2008. You can tell it was a slow working progress but if you are a longtime fan of Maynard James Keenan, (me personally since 1995), we are trained to expect to have to wait for great things. I can say that I have never been disappointed with a Tool or A Perfect Circle album. This time around unlike with 2004’s “Emotive”, where Billy Howerdel had step into lead vocals for most of the album, this time Keenan performed all vocal parts and also wrote all lyrics.

Since we are a little late to reviewing this album, it has since debuted at number 3 on the US Billboard 200 chart, which is the band’s fourth album to debut in the top 4. A Perfect Circle may not be for everyone but I feel like it’s music stands out from everyone else and is not afraid to be different or to try something new. If you are lucky the band might be coming to a city near you with their accompanying tour throughout 2018, including North American dates in May, October, and November, and European dates in June and December. I have seen them live in the early 2000’s and it was definitely an experience. I can’t wait to see how these new tracks work live. Very excited for this album and for this upcoming tour. “Eat the Elephant” is a must have for A Perfect Circle fans! Definitely worth the wait! Now Maynard, get your ass in gear please on the new Tool album 😉 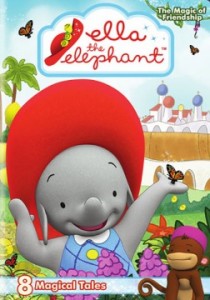 “Ella the Elegant Elephant” premiered on Disney Junior this past February, which is based on the book series written by Carmela D’Amico and illustrated by Steven D’Amico. I would like to say that I absolutely love this series but my daughter never really latched on to the show. It is cute following Ella the Elephant and her magical red hat through stories about fun, friendship, love and laughs but the show just didn’t stand a chance about others like “Sofia the First”, “Doc McStuffins” and “Mickey Mouse Clubhouse”. It is still hard to say no to that cute face and who knows maybe this DVD will allow us to become bigger fans of this show.

Official Premise: Journey to an island of adventures where the magic of friendship has never been so much fun! Join Ella and her kindhearted friends in this all-new animated series featuring eight charming episodes. Elephant Island is home to many curiosities but Ella and her friends’ appetite for fun lands them in some tricky, often hilarious situations. It’s up to Ella’s imagination and her magic red hat to save the day! It’s a must-own collection of delightful stories centered on highlighting teamwork, lessons and adventure for the whole family to enjoy.

“Ella the Elephant Season 1 Volume 1: The Magic of Friendship” contains eight episodes from the seires including: “Ella’s Got Talent/Safety First”; “Trunk Trooper/Ella in Charge”; “Girls’ Club/Soapbox Squabble”; “Treasure Hunters/Ella Borrows Trouble”; “Ella Bakes a Cake/Camp Ella”; “Ella on the Ball/Up, Up and Away”; “Tea Party Trouble/Home Again” and “Ella’s Carnival/Monkey Business”. There are no other special features included on the DVD other than the episodes. With 26 episodes created for the first season, we can surely expect another two volumes of this show to complete the season. 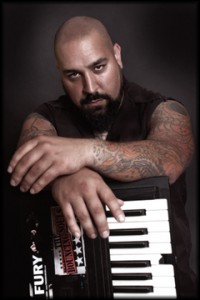 Joe Altier is the former front man of the Syracuse based hard rock band Brand New Sin. Joe has a new group called Elephant Mountain which features former Brand new Sin guitar player Brian “Slider” Azzoto. The group has just released their first CD and Joe took some time out of his busy schedule to talk with Media Mikes about the release.

Adam Lawton: What led to your decision of leaving Brand New Sin?
Joe Altier: There were a lot of reasons for me leaving Brand New Sin but without a long winded answer I was unhappy not just with my position in the band, but with myself in life. A lot had happened in 2007 leading up to my departure good, bad and, ugly. Basically I hit a turning point where I was re evaluating my life. I decided the best thing was to leave the band and let them move forward. I needed to fall in love again with myself and with music.

AL: What was it like writing songs again with Brian “Slider” Azzoto?
JA: Writing with Slider again was surreal. He was my compadre in Brand New Sin and when we kicked him out, I felt I lost a little bit of myself. He and I didn’t talk for a few years but after reconnecting and becoming friends again, I knew that we would eventually work together again. Next thing I know we start jamming again and we picked up right where we left off. We have a great bond not only as friends but as songwriters as well.

AL: Was there any reason you guys decided to release the Elephant Mountain album independently?
JA: We decided to do it on our own because honestly there are no record labels anymore. It was nice to write at our own pace and with no outside influences or deadlines. Also who is going to sign a bunch of guys pushing 40! (Laughs) We had the means to record and release it ourselves so we did! We won’t ever do any extensive touring with Elephant Mountain but we just want to make good music and have fun.

AL: Can you tell us about your other two projects Just Joe and Aylyst?
JA: Aylyst which is my cover band that plays mostly classic rock and heavy metal tunes. That project really kept my chops up while I was waiting for Elephant Mountain. As of right now it is on hiatus as I have been busy with Elephant Mountain and Just Joe. Just Joe is what keeps me the busiest these days. I am playing 4-5 days a week with a song catalog of close to 2000 songs which range from Frank Sinatra to Metallica! Just Joe also is an outlet for my “lighter side”, “country side”, “soulful side” and so on. I have released an EP and a full length in the past year and am working on another EP and album as we speak!

AL: 2000 songs is a lot of songs.
JA: I am busting with songs! Some of them were written over the past 10 years and were never used in Brand New Sin or they were something I just kept to myself. I live, breathe and eat music!

AL: Other upcoming projects or plans?
JA: Well I play to release a Just Joe EP at Christmas time and a full length album by summer of 2012. Elephant Mountain is knee deep in writing a new album and we have about 5 songs written far. We probably will finish writing and recording that over the winter and release that in 2012 as well!

To find out more about Joe Altier and to hear some of his music click on the links below. Also be sure to read our review of Elephant Mountain’s debut release, here: 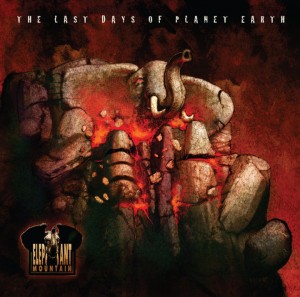 Being a huge fan of Brand New Sin I was really excited to hear that Joe and Slider were back together in a new band Elephant Mountain. Since receiving this news I have been waiting to hear what kind of tunes they would come up with but, mainly how were the new songs going to compare to their previous Brand New Sin songs/albums. Well first off “The Last Days of Planet Earth” was well worth the wait! Songs like the albums opener “North of Nowhere” and “I’m Done” are spot on.  “The Last Days of Planet Earth” is one of those albums you can throw in your player and just listen to it over and over and not get bored.