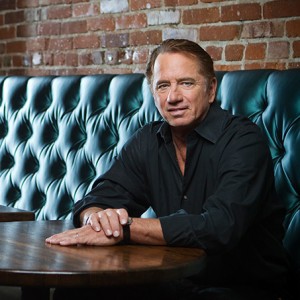 It’s been a “Dukes” kind of year here at Media Mikes. Earlier this summer I spoke to John Schneider about his feature film directorial debut, the tongue-in-cheek horror film “Smothered.” This week I got to speak with the other Duke boy, Tom Wopat, who recently teamed with Schneider for an album of Christmas music entitled “Home for Christmas.” Being familiar with Mr. Wopat’s work in musical theater, as well as on country radio, I was well aware of his pipes. When we chatted before the interview he was as proud as a new parent. Rolling Stone magazine recently named “Home for Christmas” one of the ten-best holiday albums released this year and the album DEBUTED in the top 10 on Billboard’s Traditional Jazz chart. It didn’t climb to #10…it opened there! In fact, as I write this the album is “sold out” on Amazon.com Don’t fret, though. They’ll make more!

Mike Smith: How did this project come about with you and John?
Tom Wopat: We’ve always enjoyed singing together and in the past 20 years or so we’ve done a few shows. We’ve talked a lot about recording together. I had started producing as well and this just made sense. We cut a couple of songs together last December and then we finished the rest this past August.

MS: Both you and John have been very successful in the theater and in country music. Was there a reason you decided to do a Christmas album?
TW: Well, for one thing it’s kind of a perennial. You’d like to think that it will sell for a while. Another part is that we can go out and do a series of concerts every year with that material so it just made sense to do that.

MS: You’ve done a few shows already this year haven’t you?
TW: We did several. We did a show in New York, then we did a show for about 500 people in John’s barn in Louisiana and we just did one in Atlanta.

MS: It’s obvious that you and John have a great rapport. I listened to you both this past week when you were hosting on Sirius Radio. Is there anything else you two want to collaborate on in the future?
TW: We’ve talked about doing a movie. John has a lot of projects he’s developing…he’s putting together a movie studio in Louisiana…so hopefully he’ll give me a call one of these days and I’ll go down there and do something with him. And I’ve got some ideas for future albums. We finance them ourselves so hopefully this one will do well so we can finance others.

MS: I actually spoke with John this summer to promote his horror film “Smothered.” If Catherine Bach sings I’ll be able to talk to all of the Duke cousins!
TW: (laughing) There you go!

MS: What do you have coming up? Are you going back on stage soon?
TW: Those things just come along suddenly…I very rarely get much lead time on that. The only thing I can plan on is some upcoming dates with my band. We’ll be on Long Island in April and in Indiana in August. But I’m sure between next Thanksgiving and Christmas we’ll have ten or fifteen appearances planned. I’m also getting ready to do another solo record and there’s talk of myself, two women and a little jazz group going out on tour and performing the music of Woody Allen films…pretty much some great standards.