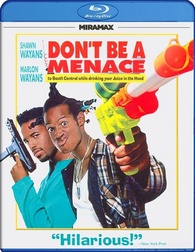 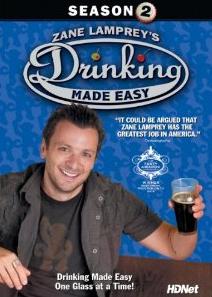 I was a fan of Zane Lamprey and his crazy drinking madness since the days of “Three Sheets”. “Drinking Made Easy” is a fun show but it definitely is not for everyone. This DVD contains all 24 episodes from the outrageous second season. I never thought I would say this is possible but after watching this show, I personally have no desire to drink ever again. If you are a fan of this show season three has already started on HDNet on October 3rd. There are thirteen new episodes airing from October 3rd. So the madness continues…if his liver can survive.

Official Premise: Join the “Indiana Jones of drinking”, Zane Lamprey, with his buddies Steve McKenna and Pleepleus as they tour the U.S. looking for the best drinks, drinkers, and watering holes. Each week Zane and Steve visit a new city and explore its history, nightlife, and the local drinking culture. They are on a mission to show what libations and drinking lifestyles this fine nation has to offer and, of course, to make drinking easy!

It is hard to believe that one person is able to do as much drinking as Zane does. This season he made stops in the following cities: Maui, Kauai, Monterrey, Key West, Miami, Tampa, St. Augustine, Savannah, Washington D.C., Baltimore, Newport, Cape Cod, Portland, Memphis, Nashville, Asheville, Charlotte, Charleston, Seattle, Vancouver, Spokane, Missoula, Santa Barbara and Aspen.

There is also no shortage of special features on this DVD.  There is a commentary track from Zane and the crew of the show.  There is the one-hour special included as a bonus episode, which is called “Ultra Premium Imperial Reserve Platinum Epsecial”.  Fun stuff, definitely worth checking out for sure.  Lastly, there are additional bonus scenes from a few episodes and also some extended interviews.

This show is about comedian Zane Lamprey explores the United States and the local drinking culture of their various cities. The format of the show is not too complex as he drinks pretty much anything. The show isn’t just drinking though as his friend Steve McKenna usually focus on eating challenges throughout this cities. After 24 episodes it gets a little bit repetitive but luckily each city has different options to offer. The show is entertaining overall but I still prefer the show “Three Sheets” which is currently airing on Spike.

The special features on the disc great and jam packed. The first feature is almost an hour footage from the “Drinking Made Easy” Comedy Tour. If you are looking for deleted scenes you are in the right place as this has over an hour of deleted scenes. Unlike most deleted scenes they are worth watching. Lastly each episode has commentary from Zane and his crew, this is really funny stuff and adds a different aspect to the show.