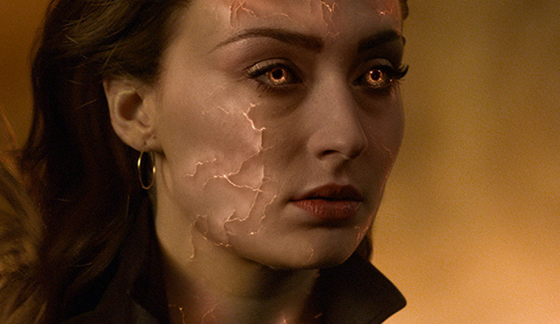 As we all know by now, it only took Disney a measly 11 years to crank out 22 Marvel movies which culminated in the Infinity Stones saga. Fox hasn’t been so quick when it comes to the X-Men franchise, which began back in 2000. If you count the “Deadpool” movies, “Dark Phoenix” is the 12th entry and it feels like the end after a lot of outside and inside factor. The internal factors is that it comes after the R-rated ending to the Wolverine storyline, the jumbling of time in “Days of Future Past” and the peculiar decline in quality since “Days of Future Past.” The key outside factor is the Fox buyout. “Dark Phoenix” isn’t as bad as the attempt by “Last Stand” to tell the Dark Phoenix story, but it doesn’t quite live up to the highs of this beloved franchise.

“Dark Phoenix” begins in uncharted territories, with the X-Men actually being loved by the general public and the U.S. government. That’s because they’re on the President’s speed dial in case a national crisis arises. The latest event that requires the X-Men is NASA losing contact with a spaceship and its crew. The X-Men are called upon to save the astronauts, but it’s while in space that something bizarre happens to Jean Grey (Turner). Jean absorbs a mysterious, electric cosmic cloud during the rescue mission and comes back to Earth volatile, quick to anger and conflicted. The reason lies within Jean’s past, as well as what Professor X (McAvoy) has buried within her mind.

“Dark Phoenix” takes place nearly a decade after “Apocalypse” and makes the assumption that all of the relationships between the characters, established in the original “X-Men” movie and “X-2” will ring true, like Jean Grey’s relationship with Cyclops (Tye Sheridan). We’re also supposed to know what’s happened in the newer films with the fresh, young cast, like how Mystique (Jennifer Lawrence) and Professor Xavier are friends and how Magneto (Fassbender) isn’t necessarily the prevailing bad guy anymore. If you’re only acquainted with one branch of the franchise, you’re likely to be confused. Of course if any of the above read like stereo instructions then just go ahead and skip this one.

The villains in this movie are a race of aliens that are so obscure; the comic book fans in attendance at the preview screening didn’t even know who they were. After a little bit of digging, I found that the aliens are called the Shi’ar. Their leader in this movie is played by Jessica Chastain, and the intergalactic race of no names frequently proves to be unreliable narrators, which hurts the overall story whenever they’re given exposition to deliver. Their goal is to channel the cloud energy thing that Jean Grey has absorbed and transfer it into one of their own, or manipulate Jean Grey’s emotions so that she can do their bidding. Their reasoning? You’d probably have a better guess than me, even if you haven’t seen the movie.

For a franchise that’s always had good villains, it’s odd that a powerful race of space aliens looking to destroy the Earth is so uninteresting and toothless. At least Jean Grey, when she’s Dark Phoenix, proves to be an interesting firecracker, made up of equal parts sympathetic and volatile. It’s great watching her shrug off the powers of the most iconic characters in this franchise, like Professor X and Magneto. Speaking of which, Professor X and Magneto continue to be the best superhero duo, whether opposed or working together, on the screen, no matter the pair of actors portraying the two. I actually enjoy what these newer X-Men movies have done with Magneto. Instead of being the fallback for villainy, he seems a lot more focused on a secluded life, away from the noise surrounding him, If anything, Professor X seems more or less to be the instigator of problems as of late.

“Dark Phoenix” suffers a lot from what plagued “Apocalypse,” a weak villain, character motivations that are beneath the actors and their strong performances, and a story that falls within the shadows of the franchise’s superior films. But unlike some of the weakest X-Men films, this one has a lot of great action sequences and sometimes the characters manage to elevate a flimsy scene just with their quips and actions. Quiksilver (Evan Peters) once again steals the scenes he’s in, but is used so sparingly, it makes you wonder why they ever introduced him. “Dark Phoenix” is a middle of the road entry that certainly could have been worse, but definitely deserves to be better, given the pieces that are in place.

Nearly 18 years after the first film, it appears that one of the first superhero franchises is about to disappear or be rebooted. Granted, no one has officially said anything and “Dark Phoenix,” by no means, hints that this is indeed the finale, but some writing is on the wall. Ever since the government gave the thumbs up to Disney absorbing Fox for billions, with Hugh Jackman hanging up the adamantium claws, and the box office receipts coming back smaller and smaller, it appears that the X-Men franchise is starting to run on fumes, creatively and financially. I’m hoping “Dark Phoenix” isn’t the last of these films or the last time we’ll see the dynamic duo of McAvoy and Fassbender, but if this is the last time, they deserved a hell of a lot better.