INCLUDING MYSTERIOUSLY TITLED VIDEO “DANCE OF THE CLAIRVOYANTS” MACH I

“I can’t tell you how proud I am about this group of songs, ” explains Jeff Ament. “As you know, we took our time and that benefited us taking more chances. ‘Dance’ was a perfect storm of experimentation and real collaboration, mixing up the instrumentation and building a great song, and Ed writing some of my favorite words yet, around Matt’s killer drum pattern. Did I mention Mike’s insane guitar part and that Stone is playing bass on this one?  We’ve opened some new doors creatively and that’s exciting.”

To accompany the single, Pearl Jam have released mysteriously titled video “Dance of the Clairvoyants” Mach I. Watch the video HERE.

As previously announced, Pearl Jam will release their much-anticipated eleventh studio album, Gigaton, on Monkeywrench Records/Republic Records on March 27, 2020 in the US. Internationally, the album will be released and distributed by Universal Music Group. Produced by Josh Evans and Pearl Jam, Gigaton marks the band’s first studio album since GRAMMY award-winning, Lightning Bolt, which was released on October 15, 2013.

Gigaton is available for pre-order now at http://PearlJam.lnk.to/GigatonPR. 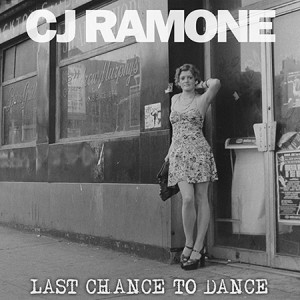 “Last Chance to Dance” is the latest solo effort by former Ramones bassist CJ Ramone. The album is the follow up release to Ramones 2012 album “Reconquistain” and his first release via Fat Wreck Chords. The album consists of 12 brand new tracks by Ramone and company that will surely unchain your inner pinhead.

Both catchy and to the point “Last Chance to Dance” is done and over in just under 30 minutes but don’t let the albums brief run time fool you. Each of its 12 tracks pack enough punch to keep you coming back for more as CJ continues to carry the flag of his former band. Fun, upbeat rhythms combined with tongue and cheek lyrics make this a must listen not just for Ramones fans but for fans of music in general. Songs like “Understand Me” and “One More Chance” will induce instant head bobbing while tracks like ‘Til The End” and “You Owe Me” tug at your emotions with their tales of love and loss.

Though CJ’s time in the Ramones is often overlooked by casual fans, true Ramones fans know just how impactful his joining the group was. CJ brought the group a breath of fresh air not only with his energy during live shows but also with his vocals and song writing abilities. These same abilities are present on “Last Chance to Dance” and are certainly responsible for the albums shine and appeal. 1,2,3,4, Get this album! 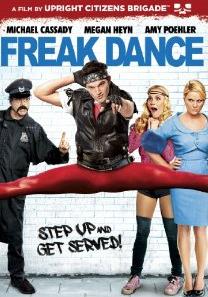 I am big fan of Comedy Central TV series “Upright Citizens Brigade”, it was the best sketch show since MTV’s “The State”. This film though is completely un-watchable and extremely painful. I know this film originated on the stage and I have a feeling that it should have stayed on the stage. I give credit to the film’s choreography as it is decent.  The music though, feels like high school theater quality and is so ridiculously over-the-top. I really didn’t dig it at all, not one song.

The film follows, rich girl, Cocolonia (Megan Heyn) who hits the streets to join a dance crew and follow her dream of dancing.  In order to compete in a huge dance underground dance-off, she must team up with partner Funky Bunch (Cassady), she has to prove she has what it takes. Notable supporting cast is not even able to help this film succeed, like Matt Besser, Matt Walsh, Ian Roberts, Horatio Sanz and Tim Meadows. Though for a film that runs only 97 minutes, it feels well over 2.5 hours.

The special features are nothing special and forgettable. There is a commentary with writer/co-director, Matt Besser and co-director, Neil Mahoney, which is quite lame. There are a two deleted scenes and one extended scene, but I thought the film was long enough. “The Dangers of Freak Dancing” is a multi-part featurette on the dance choreography in the film and the effects of its moves.  It is just as stupid as the film is and worth skipping. Lastly there is a trailer included.