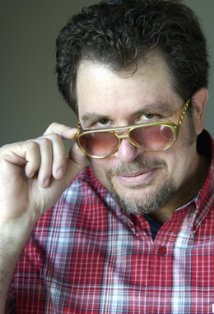 Don Coscarelli is one of my favorites directors in the business. He has directed films like the
“Phastasm” series, “The Beastmaster” and “Bubba Ho-Tep”. His films just seems to grab this cult following and only grow over the years. I worked as part of the street team going back to “Bubba Ho-Tep” and it was such a great experience. If you are a fan of his work then you have already seen or need to immediately see his latest film “John Dies at the End”, which arrived on Blu-ray and DVD on April 2nd. It is a fantastic film and a great return for Don. Media Mikes took out sometime to chat with Don about this film and also got some tips about the “Bubba Ho-Tep” and “Phantasm” sequels.

Mike Gencarelli: Tell us what attracted you to “John Dies at the End”?
Don Coscarelli: I am an avid reader and I always try to pick up books that are interesting. It’s not that easy to sit around and generate a completely new idea. I have done that a few times but it is a challenge. It is a lot easier when you find a nice piece of literature and turn it into a feature. True story, I got this email out of the blue in my inbox one day from a robot at Amazon.com. They told me that I would love “John Dies at the End”. I read the byline for it and thought that it would make a great movie. It is just an interesting testament to the power of these computer programs and algorithms that Amazon has in place to track our taste. I read the book and just loved the attitude and style, sense of humor, had some great characters and villains and I knew it was for me. So I tracked down the writer and bought the movie rights.

MG: The story is quite epic; where you ever concerned about the scale of the story before making it?
DC: Of course. For starters, I thought that the film would have been great for a major studio release. I might have been completely naive but I thought it would be a fresh new kind of horror with a little comedy mixed in. I went out and tried to get major studios to fund it and they just didn’t get it. Then ended up realizing that we would have to make it on a much smaller budget with the money I was able to raise myself and with investors. It was a very ambitious project going into and there were new challenges every day. It was a bit of an effort but it paid off for sure.

MG: There are quite a bit of visual effects used in the film; would you say this has been you-r most ambitious project yet?
DC: Yes absolutely. I think that part of it Mike is that I am a naturally optimistic person and I always put myself into these situations. In the first “Phantasm”, I had this pretty cool sequences written out with a flying sphere and goes into the persons head. I just thought, “Yeah, we’ll figure out how to make it fly and into his head later”. When we were out there in the mausoleum, we just sat there wondering how the hell we were going to pull this off. Thankfully using fishing line, paper clips and tape worked out for us. In this movie it was the same situation. We figured that we could find a way to make the meat monster and then send them to this other world as well and have this 80 foot long eye-ball creature. I just keep saying “We’ll figure out a way to make it work”. I get myself into trouble sometimes. I think the fact we were able to put some level of polished visual effects into the film and I am very happy with them.

MG: Tell us about the creature effects used in the film? Meat Monster?
DC: One of the benefits of having made some movies is that I have a lot of great friends out there. Robert Kurtzman helped us out on this film. He is also a great director as well and directed the film “Wishmaster” back in the day. He was one of the founding make-up effects artists with KNB EFX as well. Greg (Nicotero), Howard (Berger) and Bob have been so helpful with my career over the years. Bob created the Bubba Ho-Tep. Howard did the Bruce Campbell old age make-up. Greg was even an apprentice going all the way back to “Phantasm II”. So Bob has always offered to help out. He created the meat monster suit and it is a wonderful work of art. There is so much detail there that doesn’t even translate onto the screen. There is tons of stuff that you barely see like, a whole pineapple ham on one of the monsters hands. That was a totally old school sequence by the way. The entire shot was done with meat on fishing line. We choreographed it with all the meat on the floor. We even used some reverse motion and it was a lot of fun. There were some other great effects as well that Bob put together like the mustache bat. That was really cool. I was looking at it the other day in my office and it is this little mustache with the wing aperture on its back, like a bird. We filmed it on a green screen and then filled it in. There was a bunch of great old school stuff in this film.

MG: The flying mustache scene reminded me of the scene in “Bubba Ho-Tep”, when Elvis is fighting the Scarab in his room.
[Laughs] That’s funny Mike because when I read this book and I came across that sequence with the mustache, I thought to myself that this was sort of like “Bubba Ho-Tep”. There are other elements as well that are right out of “Phantasm”. It was my kind of stuff!

MG: David Wong (aka Jason Pargin) has written a sequel, “This Book Is Full of Spiders”; any interest in continuing the story?
DC: I would first like to say that the sequel is great. It is called “This Book Is Full of Spiders: Seriously, Dude, Don’t Touch It”. It is just a very cool follow-up and I think it is brilliant in many ways. It is a little premature now to try and decide for it to be a sequel. We would need to see how this film does. If it came the time and it seemed viable, I would certainly take it on.

MG: Since the ends credits of “Bubba Ho-Tep”, over 10 years ago. we have been waiting for a sequel; is that still in the cards?
DC: It is always in the cards [laughs]. The cool thing about it is that I learned from when I was touring with “John Dies at the End” is how many people freaking love “Bubba Ho-Tep”. It’s so great. I think that maybe the delay we had is actually a good thing because it is developing this great cult following. I for sure want to do it and I know that Bruce Campbell still wants to do it. I think we just need to find a way to pull it all together.

MG: Next year is 35 years since the first “Phantasm”. Since Phantasm: Oblivion” was released, there were talks of a fifth sequel; why do you fans keeping asking and why does this series refuse to die?
DC: Look I would love to take all the credit for that [laughs], but look I think it has to do with the power of those performances. The weird thing about it is that when this first came out we were criticized for some of the acting in the movie. Yet with these performances by Michael Baldwin, Reggie Bannister and of course Angus Scrimm folks really love them. After the fourth film, I was hoping to wrap up the story since it was a bit open-ended in a “Phantasm” way. So fans have always been asking for a “Phantasm 5”. The good thing is though the actors are in great shape. Angus has a nice role in “John Dies at the End”; I thought he pulled it off beautifully. This is something that I will be looking into in the near future, since there is a definitely an audience out there.