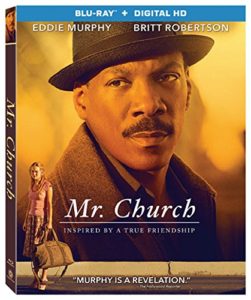 Eddie Murphy hasn’t had the best of luck recently. His films haven’t been let’s say…quality. Due to those films, “Mr. Church” got shoved to the corner and not giving much love. It’s not a perfect film but it is definitely a great performance from Murphy and his co-star Britt Robertson (“Tomorrowland”). I am usually not a huge fan of the “heart-warming” films but this one I enjoyed.

Official Premise: Mr. Church tells the story of a unique friendship that develops when a little girl and her dying mother retain the services of a talented cook – Henry Joseph Church. What begins as a six-month arrangement instead spans fifteen years, and creates a family bond that lasts forever.

The Blu-ray for “Mr. Church” includes a Digital HD copy along in addition. There is also some decent bonus features. There is an interview with co-star Britt Robinson, as well as three featurettes. The first, “Food on Film”, features cast/crew discussing film. “Based on a True Friendship” looks at the true story the film is based on. Lastly “Eddie Murphy: Doing a Drama” is a focus on the star. 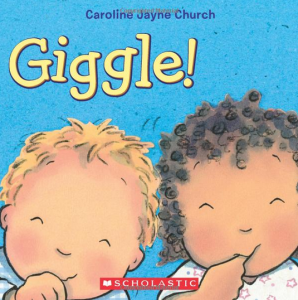 A book called, “Giggle!” has to be fun! And it is! It’s a rhyming book with a button that when pressed, plays an infectious giggle. My 16-month old daughter loves pushing the button and just laughs along with it. We laugh along with her, as our daughter laughs.

This is a great book to help teach cause and effect, a button that giggles is so very rewarding! “Giggle!” shows how much fun rhyming can be. The illustrations are absolutely adorable! Go out and buy this book and enjoy it with your little one. 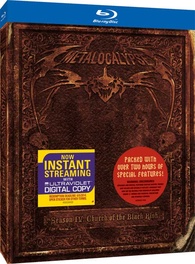 When I first heard about “Metalocalypse” back in 2006, I was excited since I am big fan of brutal music and also Adult Swim’s animated show. The show has developed so well over the years and has consistently blown away any expectations I had. The show recently completed its fourth season on Adult Swim and has been the best season since the first. This season the show also returns to its original 11-minute long episode format, which I persoanlly preferred. It is so amazing to realize how far this virtual death metal band Dethklok has come since 2006 with CDs and tours. This show is totally brutal and I honestly cannot get enough of this. This release also includes a bonus of the entire season available to watch using Ultraviolet digital streaming copy. Now we just need to get seasons one and two put out on Blu-ray. You get that Adult Swim?

The Blu-ray presentation on this season is an nice improvement over season three.  It is presented it in its 1.78:1 broadcast ratio and looks sharp in its 1080p transfers.  The star of the release though has to be the Dolby TrueHD 5.1 audio track, since the show is based around music and this does not disappoint. There are also some decent special features, adding up another two hours of bonus content.  There is fun interactive “Facebones DethGame”, which has some decent replay value.  There is a sweet tribute to all the brutal fan art that was submitted to the show.  There is a montage sequence included for the “Black Klok”. There is also “StaresDowns” with the band, a feature called “MurderThoughts”, A “Pickles Flyby” and a Tribunal BTS featurette. The feature that steals the show though is “Nathan reads Shakespeare #4: A Comedy of Errors” this is a 90 minute feature film and is a must see for fans!

2012 is a big year for Adult Swim’s virtual death metal band Dethklok. They are headlining a 34 date concert tour this Fall and also they just released a new album, “Dethalbum III”. The album also just debuted at #10 in the Billboard 200, which is the highest that series has ever achieved. If you are a fan of “Metalocalypse”, you should be doing back flips for all this brutality. Now we just have to wait for a fifth (and hopefully not last season) from Brendon Small. Let’s just hope it doesn’t take another two years to release that.  But at least for the time being we can mosh it out at the concerts and blast the new tunes!