Community is one of the most important aspects of life and people find it in different ways. For some, an example of a community is getting together to play games and compete against each other. Throughout history, technology has changed how we play our favourite games and online communities have been formed.

Eyes down for community spirit

Before technology took over, community centres all over were full of people playing games against each other. One particular game that exploded in popularity was bingo. The popularity of this has been everlasting. For many years, the bingo hall was at times the forefront of a community. In more recent times, the game has also been transformed online. Millions of people still play the game, with a high percentage now utilising the technology available to play online.

Sometimes they’re playing and competing against friends, other times it’s strangers. When searching for bingo online, you may see a version based on a classic bingo hall experience. There’s also one inspired by the iconic daytime TV programme Deal or No Deal. Wherever and whatever you play, the UK bingo scene is thriving. Today, there’s a style of bingo to suit everyone, from pop culture themes like The Voice bingo to Irish Folklore themes, which demonstrates the lasting appeal of this game of chance.

How playing video games with friends has changed

For many years, the way to play video games with friends was by inviting them to your own house. There were also arcades and later LAN parties that gave players more options. The advancements in the Internet changed everything. Services such as Xbox Live and the Playstation Network made it incredibly easy for people to get online and play in gaming communities consisting of millions. One of the most popular online games in recent times has been Rocket League. Friends across the world have formed teams and will take part against others in regular competition.

Before video games came board games

In the decades before video games became commonplace, the way to play games was the humble board game. Ever since the 1990s and the rise in games console ownership, traditionalists across the land have bemoaned the decline of playing board games.

Companies such as Nintendo saw this decline and probably sensed a gap in the market. They wanted to get people of all ages to play together again. The sight of a technophobic grandparent playing Brain Training, Wii Sports or Mario Kart has become commonplace over the last decade.

Some argue that for all the technology in the world nothing can beat playing your favourite games with friends and loved ones. There is evidence to back up community centres across the United Kingdom that still see classic games like bingo as a popular choice. Even in the video game world, playing games with friends is still a pastime shared by many.

In Manchester and Liverpool, NQ64 has opened and has been a great addition to the nightlife. This place gives gamers the chance to play classic arcade games in modern surroundings alongside craft beer and music. The success of NQ64 is perhaps a sign that for all the investment in virtual communities, playing in person is he 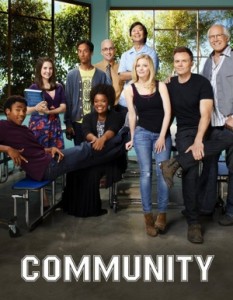