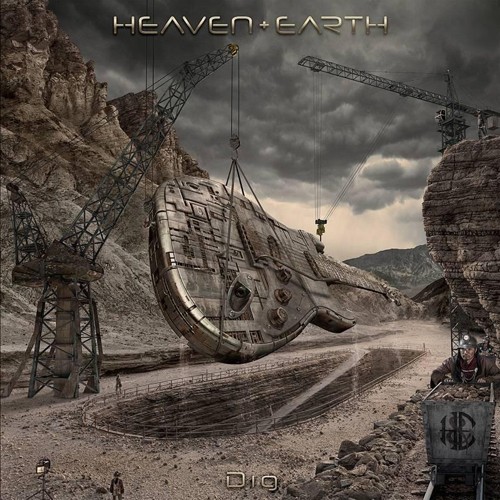 To celebrate the release of Heave & Earth’s latest album “Dig”, Media Mikes would like to giveaway TWO SIGNED CDS and a VINYL of the album. If you would like to enter for your chance to win one of these great prizes, please leave us a comment below or send us an email indicating what is your favorite Heaven & Earth song? This giveaway will remain open until May 3rd at Noon, Eastern Time. This is open to all fans of Media Mikes, worldwide!! One entry per person, per household. All other entries will be considered invalid. Media Mikes will randomly select winners. Winners will be alerted via email.

Heaven & Earth have just released their official video for the single “No Money, No Love”. The video features performance footage of the band, along with an old Hotel packed with a motley crew of midgets, magicians, and scantily clad temptresses. The video was directed by acclaimed photographer Glen Wexler, who has worked with Van Halen, Black Sabbath, and Michael Jackson.

“No Money, No Love” is featured on the band’s forthcoming studio album ‘Dig’, which is available April 23rd on Quarto Valley Records. The album was produced by Dave Jenkins, who’s worked with everyone from Metallica to Tower of Power – and features special guests Howard Leese (Heart, Paul Rodgers), Richie Sambora (Bon Jovi), and David Paich (Toto).