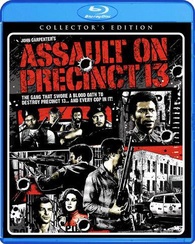 “Assault on Precinct 13” was never my favorite film from John Carpenter but it is still quite impressive and holds up with time. I mean, the director must be doing something right since his films keep getting remade like “Halloween”, “The Thing” and “Assault on Precinct 13”. Of course none of the remakes even come close to the originals. This film really shows the scale for John Carpenter and that he was able to really rock any genre not just horror. This film was action packed and super intense. This is not the film’s first go on Blu-ray as it was released back in 2008 from Image. So I would recommend this for hardcore Carpenter fans since the last release is still pretty solid.

Official Premise: John Carpenter directs this tense remake of the classic Howard Hawks western Rio Bravo. Set in modern-day Los Angeles, it concerns a mob of crazy guerilla gunmen who lay siege to a soon-to-be-closed police station, trapping a single cop (Austin Stoker) and a couple of secretaries (Laurie Zimmer and Nancy Loomis) inside. The gunmen unleash wave upon wave of attacks on the beleaguered station, but the cop proves himself a resourceful foe.

Shout! Factory released “John Carpenter’s Assault on Precinct 13” as a Collector’s Edition in a Blu-ray + DVD combo pack. The 1080p transfer is very sharp and looks great for a film nearly 40 years old. Especially since the film was low-budget, the colors are sharp and the overall presentation still holds up very well after all those years. The DTS-HD Master Audio 5.1 is the same one from the 2008 Image Blu-ray, which is a very solid track. Also included is the DTS-HD Master Audio Mono track.

The special features are the real draw of this new release. There is a new audio commentary track with Art Director and Sound Effects Editor Tommy Lee Wallace, There are two new interviews with actress Nancy Loomis Kyes and actor Austin Stoker. There also a ported audio commentary with writer/director John Carpenter and an interview also with with John Carpenter and Austin Stoker. Lastly there is a Theatrical Trailer, Radio Spots and Still Gallery included. One thing I noticed that I would have loved to see is the isolated score track which was included in the 2008 Image Blu-ray. 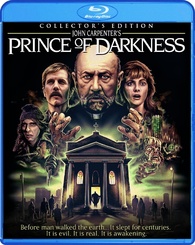 I have to admit, the first time I saw “John Carpenter’s Prince of Darkness”, I was really blown away.  But over the years, I have developed quite the love for this film.  It is not the most recognized Carpenter film over others like “Halloween”, “The Thing” and even “They Live” but is definitely a great film. If you are a horror fan, Carpenter really delivers fan-favorites with Donald Pleasence (“Halloween”), Lisa Blount (“Needful Things”), rock icon Alice Cooper (“Roadie”) and Victor Wong and Dennis Dun (both from Carpenter’s “Big Trouble In Little China”), So the cast feels like a big reunion.  It has also been a few years since I have seen this film probably (don’t laugh on VHS), so I was really blown away with this Blu-ray release. The film still holds up today, delivers a very creepy ambiance and arrives perfect time for Halloween. So if you are a horrorhound like myself you will be thrilled to see this film finally get the love it deserves.  Did I also mention the new cover art totally rocks!?

Official Premise: Master of horror John Carpenter (“Halloween”, “The Thing”) directs this terrifying battle between mankind and the ultimate evil. A group of graduate students and scientists uncover an ancient canister in an abandoned church, but when they open it, they inadvertently unleash a strange liquid and an evil force on all of humanity. As the liquid turns their co-workers into zombies, the remaining members realize they have released the most unspeakable horror of them all. Terror mounts as the team must fight to save the world from a devilish fury that has been contained for over seven million years.

Scream Factory really scored with the film’s Blu-ray presentation. The 1080p transfer in 2.35:1 aspect ratio is quite amazing. Being a big Carpenter fan, I have to admit that this is actually one of the best transfers for one of his films, especially the make-up effects which look stunning. Of course that might all chance when Anchor Bay releases their anniversary edition of “Halloween” later this month. In terms of audio options, we get both a DTS-HD Master Audio 5.1 and DTS-HD Master Audio 2.0 tracks. The 5.1 score definitely the most ass and takes the win, especially with the amazing  score delivered by Carpenter and Alan Howarth.

In terms of special features, Scream Factory really delivers the goods for this Blu-ray. “Sympathy for the Devil: An Interview with John Carpenter” is a 10 minute interview with the master of horror discussing the film. “Alice at the Apocalypse: An Interview with Alice Cooper” is an awesome new interview with the rock icon to discuss his role. “The Messenger: All New Interview with Actor and Special Visual Effects Supervisor Robert Grasmere” looks into both his role in the film and special effects work. “Hell On Earth: A Look at the Film’s Score with Co-Composer Alan Howarth” is a feature on the score. There is an “Alternate Opening from TV Version”, which is worth checking out. “Horror’s Hallowed Ground” features Sean Clark giving a hosted look at the film’s locations. There is a Q&A from the “Prince of Darkness 25th Anniversary Screening” from 2012’s Screamfest. There is a great audio commentary with John Carpenter and Peter Jason. Lastly there are trailer, radio spots and still gallery included. 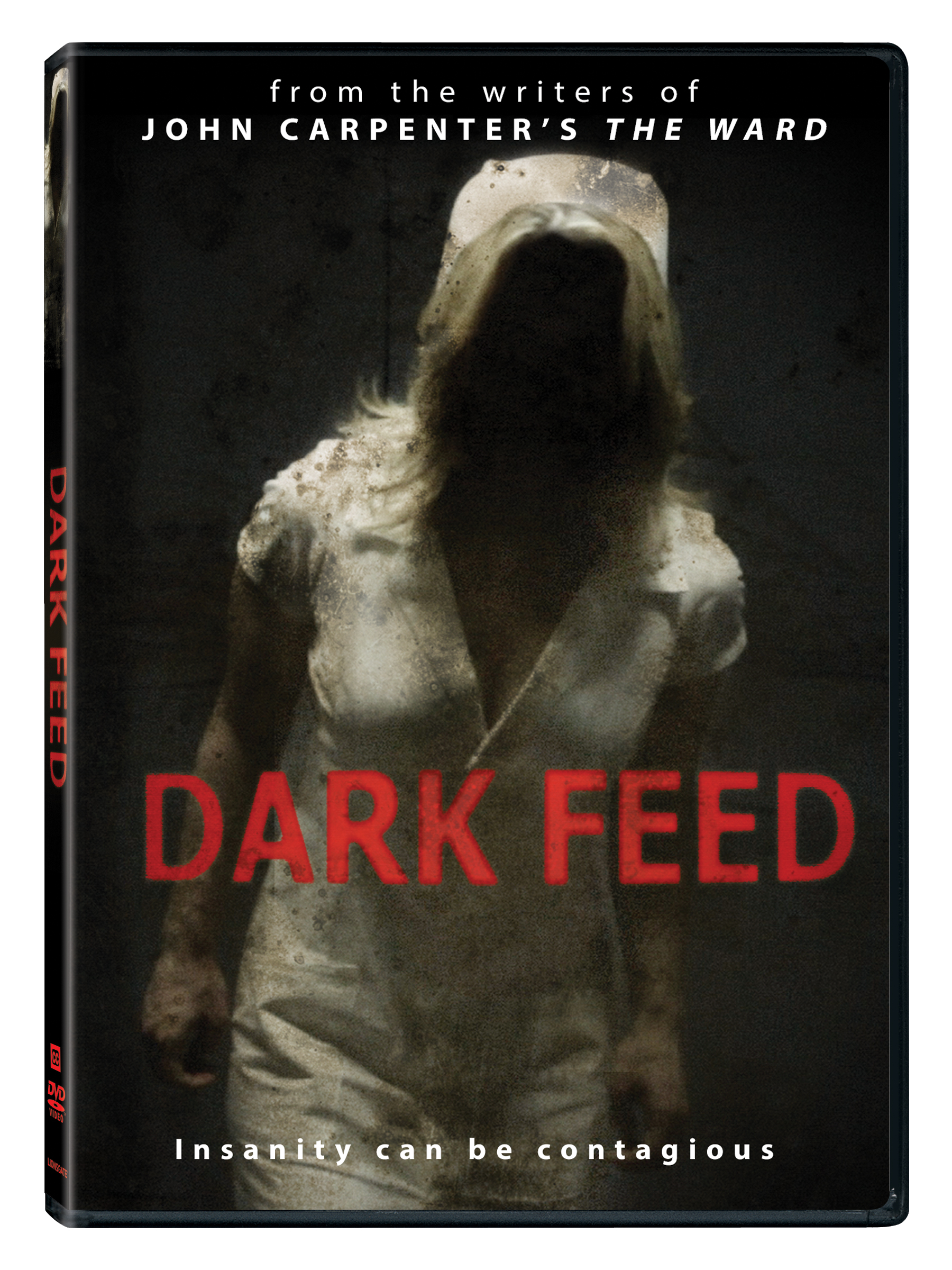 To celebrate the release of “Dark Feed”, from the Writers of “John Carpenter’s The Ward”, Media Mikes would like to giveaway TWO copies of the film on DVD. If you would like to enter for your chance to win this great prize, please leave us a comment below or send us an email with your favorite horror film and why?. This giveaway will remain open until March 29th at Noon, Eastern Time. This is open to residents of the United States only. One entry per person, per household. All other entries will be considered invalid. Media Mikes will randomly select winners. Winners will be alerted via email.

A film crew moves to an abandoned psychiatric hospital with a shadowy past to shoot a low budget horror film. The late nights and lack of sleep begin to take a toll, and the longer this crew works, the more the leaky, wet building seems to be coming back to life, feeding off its new inhabitants. As the shoot wears on, members of the crew exhibit increasingly strange behavior leaving those still sane realizing they need to get out of this place before they too succumb to the building’s infectious hold. The only problem—the old hospital is not ready to let them go. Written, produced and directed by Michael Rasmussen & Shawn Rasmussen.