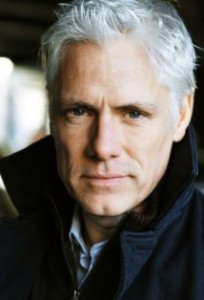 Philippe Brenninkmeyer is best known for his work with Broken Lizard on their films like “Super Trooers” and “Beerfest”. He has also worked with the guys indivdually on projects like “I Heart Shakey” with Steve Lemme, “Dark Circles” with Paul Soter” and “The Babymakers” with Jay Chandrasekhar and Kevin Heffernan. Media Mikes had a chance to chat with Philippe about his films and his love for comedy.

Mike Gencarelli: Tell us how you met up with the troupe Broken Lizard?
Philippe Brenninkmeyer: It happened quite simply. I went out for an audition for the part in “Super Troopers”. When I went in they were all there in the room. Normally you audition for just a director and casting director. There were five of them there, so it was pretty fun. After my audition, I was pretty upset because I didn’t think I did a good job. I didn’t feel that I was that present. Then a few months later they called my agent and said I got the job. I had already forgotten about it. So that’s the way it happened.

MG: Your role in “Super Troopers” is so great; can you reflect on that experience?
PB: The great thing about the Broken Lizard guys is that they do all their own writing. They are really good comedy/script writers. They stick close to the script, even though they may improvise here and there. The scenes were so well-written you didn’t need to do much to deliver the lines. So, the first scene – the famous scene – with the feather and all, they were doing car chase scenes all day, which took a very long time. Just before the light was going down, I was waiting and waiting all day – then they came about and shot it very quickly. The light was very low but you can do a lot with film to fix it up. But from what I remember it was a very quick shot.

MG: With “Super Troopers 2” in the works, did they give you any hint about being involved?
PB: No they haven’t yet. They are such wonderful and loyal guys. They are really professional in the sense that they don’t want to promise anything that might not happen at the end of the day. So far they have taken care of me very much in their films. They wait until they have the greenlight and then give you a call…hopefully.

MG: “I Heart Shakey” was a cute film, how was it playing Mattias Ober?
PB: The characters that they cast me in aren’t too much of a stretch for me. It comes to me easily. They are close to me in real-life. I am kind of that crazy guy. I would say the character in “Super Troopers” was a bit more difficult, but he was still a laid back German swinger. Mr. Ober in “I Heart Shakey” was the kind of character that I relish in. It was great, great fun. Lemme was amazing in this film. It was great playing off him, since he is so subtle and real. You only do something if it really affects him and that is when the truth comes out. The truth is the most believable thing to watch on film.

MG: I loved how that film included the song, “Bidibodi Bidibu”, which the same song you had playing in your Porsche in “Super Troopers”, was that your doing?
PB: What is really funny is that I wasn’t even aware of that. But that is really awesome, I love it.

MG: What do you enjoy most about doing comedy?
PB: In the drama based films, I feel like it is more difficult. The script would need to be really good. In a comedy if the script is good but there is dialogue issues, I have the means to make up for that. In comedy, I just have a comedic head. I can also detect straight away if something is wrong in comedy very easily. In drama, I can do the same but I usually need more time to figure it out. People say that comedy is so difficult but I find it comes natural for me, since it is just so much fun.

MG: Switches gears from comedy but sticking with Lizard, was it working with Paul Soter directing on “Dark Circles”?
PB: That was really great also. There is something about the horror genre that responds to me because it is so out of this world. A horror film is something that you think would never happen, so there is an element in there that is crazy. That is what really responds to inside of me. It is a bit out there like a comedy is out there. I like stuff that is sort of filtering on the edge. It was great fun working with Paul.

MG: What projects do you have planned next?
PB: I am trying to get into producing now. I’ve got two scripts going right now and one is with Paul, actually. Paul is an absolutely amazing writer. He has gotten to a point where he is pretty prolific. He is writing all sorts of projects, like dramas as well. This one is actually a drama/thriller. I work a lot in Germany, so I am trying to produce that there. So that is really it. Acting-wise, there is nothing right now but who knows…maybe tomorrow. You never know.