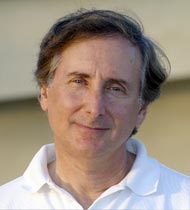 Mike Gencarelli: With “Santa Buddies”, “The Search for Santa Paws” and now “Santa Paws 2: The Santa Pups”, you’ve not only composed the score but also written original songs; tell us about that aspect?
Brahm Wenger: Well the difference about when you write songs for a film is that it effectively then becomes a musical. The biggest difference is that you start before they start filming. You start when the script is written and you work with the director to find where the story will be best served with a song. When you write the score, you wait for them to finish the film and then you write the score. When you do films like “Santa Buddies”, “The Search for Santa Paws” and now “Santa Paws 2: The Santa Pups”, you are in from the minute they finish the scripts. You start by writing the songs. You are part of the casting process, since you have to write the songs to fit the people singing. They have to be able to perform it. If there are dance sequences, then you have to work with the choreographer. Then you are also working with them at the set level, so you are involved with the assistant director, the director etc. It is a real collaborative effort.

MG: Where do you get the inspiration for the Christmas music, specifically in “Santa Paws 2: The Santa Pups”?BW: I think the inspiration comes first from the script. Once you see the story, you can see what you are trying to accomplish. The beauty of doing music and writing songs is that you can say so much more with a song that you can with dialogue. There is a famous lyricist that one said “a page of lyrics is equal to ten pages of script”. It is just so much more effective. So the inspiration is from the story and you find what they are trying to say in that particular moment and then you nail it as a song.

MG: How long did it take create the eight original songs for “Santa Paws 2: The Santa Pups”?
BW: We started about 9 months before they started shooting the film and once the script was done. Not only do you have to write them adapt to the singer, you also have to please the director and the writers etc. It has to work and also has to be in sync for everybody.

MG: How was it working at London’s famed Abbey Road Studio for these scores?
BW: Abbey Road also has a sister studio in London called Air Studios. It was started by the famous Beatles producer George Martin. Sometimes we go to Abbey Road and sometimes we go to Air Studios. It really depends on the feeling. Air has a bit of a warmer sound. It is like a 300-400 year old church. Abbey Road is more of an industrial strength room. It feels a little brassier. So we go back and worth but they both work beautifully.

MG: You’ve been working with the Disney Buddies series since the beginning with “Air Bud”, how has the series evolved?
BW: It is very different. They come from the same genesis but are so completely different. “Air Bud” series focuses on his playing various different sports. He would figure out, how to play a sport and then have some sort of a championship game and go on win it. With the “Air Buddies” franchise, it is completely different because they dogs talk and that opens up a whole new avenue. There are also five of them instead of just one. And it is also a continuing adventure so in when they went to Alaska for the dog sled. The Alaskan theme of the great north is completely different from when they went to Egypt in “Treasure Buddies”. As a composer it is like one minute you are writing the Duke of the North and then the next minute you are working for Indiana Jones. There is no connection. When we did “Santa Buddies” or “Santa Paws 2”, it is straight forward Christmas music but here it is completely different. The next one is “Super Buddies”, which is a superhero movie and again that is completely different. It is really a challenge to start each time with a fresh format.

MG: So “Super Buddies” is next for you then?
BW: Yep, that is next now. We are working on it right now as we speak. They are just about finished shooting that. Then I should be seeing a cut in the next few weeks. So I am looking forward to starting on that one next.