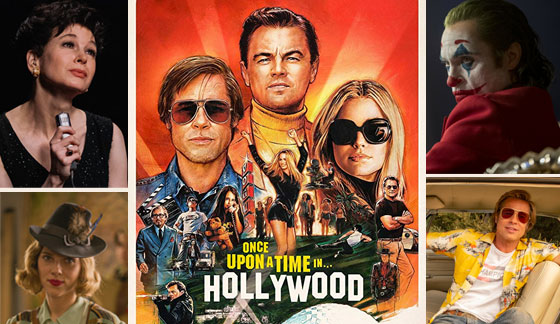 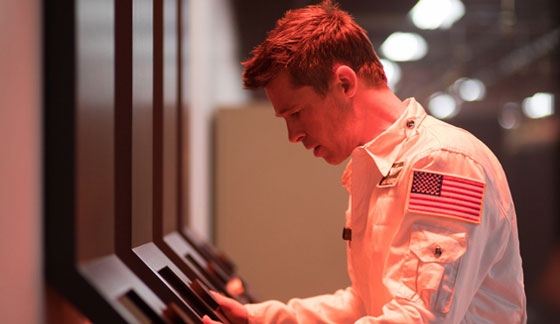 Roy McBride (Pitt) is an astronaut.  He begins and ends every day with a diagnostic test, one that is given to ensure he has his emotions in check.  Roy is the only person who, despite the situation, can maintain a heart rate of less than 80.  This is put to the test when, during a routine maintenance mission on a space antenna, a tragedy happens, causing Roy to literally fall back to earth.  Despite the obvious adrenaline rush his heart rate remains low.  Which makes him perfect for his next mission…one to save the world.

Overly long (it feels like double the 2 hour run time) but beautifully filmed, “Ad Astra” rockets across the screen powered by one of Brad Pitt’s best performances.  Age has somewhat weathered his good looks, which is a good thing because there has been a fine actor under that face for years.  Roy’s mission is to head to Jupiter to find out what is emanating from the planet that is putting the Earth in danger.  Roy is shocked to learn that the cause may be his father (Jones), who was presumed killed in action during a visit to Jupiter many years ago.

A lot of the film is Pitt, alone with his thoughts, and he holds the story together as best he can.  Supporting players, like Negga, Loren Dean and a blink-and-you’ll-miss-him Donald Sutherland do well with what screen time they have.  The film is beautifully photographed so credit is due to the production people.  But the pace…Oy!  Pitt mentions in the film that his journey has covered 2 billion miles.  Believe me, it feels like you were along for every last one.