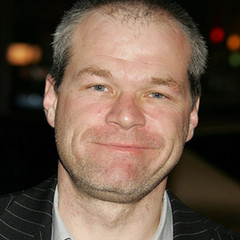 Uwe Boll is the director of films like “House of the Dead”, “Postal, “In the Name of the King” series and “Bloodrayne” series. Uwe is releasing his most personal and impressive film to date called “Assault on Wall Street”. The film stars Dominic Purcell, known best for TV role in “Prison Break”. Media Mikes had a chance to chat with Uwe again about his upcoming films and what we can expect.

Mike Gencarelli: Tell us about how you got attached to “Assault on Wall Street” aka “Bailout: The Age of Greed”?
Uwe Boll: I developed it also as a producer. I was basically very pissed with the bailouts that the banks got away with. The movies that were made about the financial crisis where not showing the other side of the story. None of them were focusing on the people that actually lost everything. I wanted to also turn it into more of a revenge thriller, sort of a mix of “Falling Down” and “Death Wish”. Everything came together and I felt that it ended up being a very strong movie.

MG: Did you face any issues shooting an anti-Wall Street film in NYC?
UB: The problem was that when I went into casting a lot of the actor’s agents I asked had problems with the role. They were concerned with the fact if someone then actually went out and shoot up bankers for real then I would have been setting their character as a role model. I told them that it was only a movie and you have to take risks in your life otherwise you will never do anything. I thought it was a story that was worth telling. I have to say though we ended up with the perfect guy, Dominic Purcell. This is his best movie. He carried the movie very well as the lead actor.

MG: The film is one of your most mature and focused film; how does it compare for you to your past films?
UB: I do compare it to one of my other recent films “Rampage”, for example. A lot of my other movies are cold and this one sticks out since I spent a lot of time with the drama. The main character and his wife in the film have a great relationship. [SPOLIER ALERT] I don’t know one person who has watched the movie that wasn’t almost crying when she commits suicide. I think this is the first movie I did where the emotion part actually exists in a way. My video game based movies are more genre films. The other movies are more violent at times and let’s say more clinical. This one is more touching and emotional.

MG: You also reunite with Dominic Purcell in “In the Name of the King III”, tell us about that production?
UB: We went and shot the movie in Bulgaria. We focused it again on time travel but taking place mostly in medieval times. I like working with him so much and I want to continue working with him. At first he wasn’t a big fan of the fantasy aspect of the film. Then when we shot it, we brought in a lot of dry humor and made it fun. I think you will really be surprised how well that it turned out. But it is not done yet though, we are currently working on the CGI phase of the film.

MG: Did you ever think that you would be making a third film, after the first?
UB: No, not at all. Like with “Bloodrayne”, we did three films and with “King” I think now after this it will be the end of it. I do not see a need to really precede with this series after this film. I think it is a good ending and brings the films together. For me I just love shooting movies. If I am able to shoot a film like “In the Name of the King” then I do it. I am not the kind of the director that waits three years for his passion project. I try to make a passion projects like “Assault on Wall Street” but in between I take advantage of other opportunities if I can get funding together.

MG: Speaking of sequels, are you done with the “Bloodrayne” series or can we expect a fourth film?
UB: We developed a fourth one taking place in the present time. But Majesco Games pulled the plug saying that they do not want anymore movies. I couldn’t believe it because the games were never as popular and I feel that our movies were much bigger. Before I got into a lawsuit with Majesco, I dropped the ball and decided to not make it. I would like to do another though to finish the “Bloodrayne” story. Maybe Majesco will change their minds in the future. A lot of the times video game companies change management and maybe we can reactivate our relationship one day.

MG: How did you get attached to produce “Legend of the Red Reaper”?
UB: With “Legend of the Red Reaper”, I am only working with the film during post-production. I wasn’t involved with the shoot. Tara Cardinal, the producer,  actress, director, she did everything on this film. I saw a rough cut of the movie, which was about two and half hours. Inside that cut, I saw a movie and said that we would have to cut it out of it. So now we are in the finishing process now.

MG: Tell us about what we can expect from the anthology film, “The Profane Exhibit”?
UB: The producer David Bond contacted me and showed me the first segment from the film, which was so violent. He asked me if I wanted to act as the sales company to assist in selling the film but also at the same time shoot a segment myself for the film. There are twelve segments from different directors. My segment was based on the Fritzl case, which happened in Austria a few years ago. Basically a guy was keeping his own daughter locked up in the basement for like 20 years. For my segment, I focused on one day in his life of that guy. It is very creepy. The movie should be finished in August/September and we already have invitations from over 25 film festivals around the world. People are really excited and want to see what we came up with this film.

MG: Next up you are directing “Suddenly” again reuniting with Ray Liotta, Dominic Purcell and Michael Paré; tell us about what we can expect?
UB: We shot this already. Yes, it is funny because I worked with Dominic Purcell and Ray Liotta again. I love working with the same actors because I know them already and we are able to get the job done quickly. This is a remake of the Frank Sinatra film of the same title from the 50’s. In the original, Sterling Hayden was the Sheriff and Frank Sinatra was the bad guy. In this film Dominic is the bad guy and Ray Liotta is the sheriff. It is about the assassination of the president and takes place in one day. We shot in Vancouver, Canada in the snow. I even hired an Obama double to play the President, so we almost get to shoot the real Obama [laughs]. It is is post-production now and is almost finished.